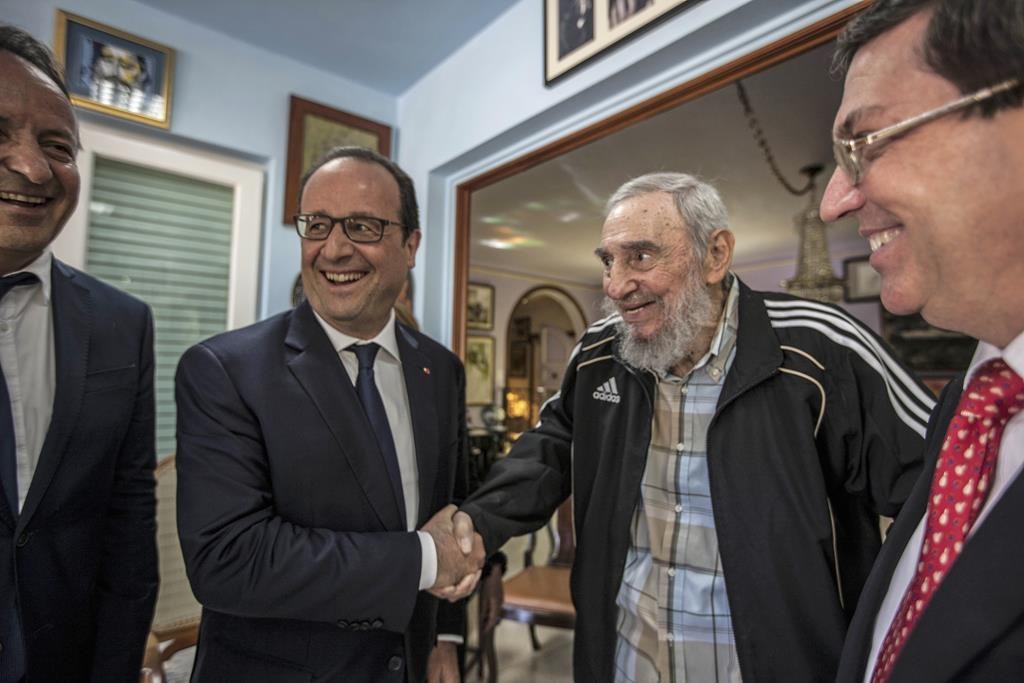 Cuba and the U.S. will name ambassadors to each other’s countries after the island is removed from the U.S. list of state sponsors of terrorism later this month, Cuban President Raul Castro said Tuesday.

The United States and Cuba have not had full diplomatic relations since 1961. Currently they have lower-level missions called Interests Sections in each other’s countries, under the protection of the Swiss government.

President Barack Obama in April announced his decision to remove Cuba from the terror list, which was seen as a major obstacle for the opening of full embassies. A 45-day waiting period that would give Congress time to take action on Obama’s decision ends May 29.

State Department spokesman Jeff Rathke said he couldn’t confirm Cuba’s timeline for an exchange of ambassadors. He said such a step would be “logical” once diplomatic relations are re-established. Havana long has described the terror designation as unjustified and unfair.

Castro and Obama announced in December they would work toward a restoration of diplomatic relations after more than a half-century.