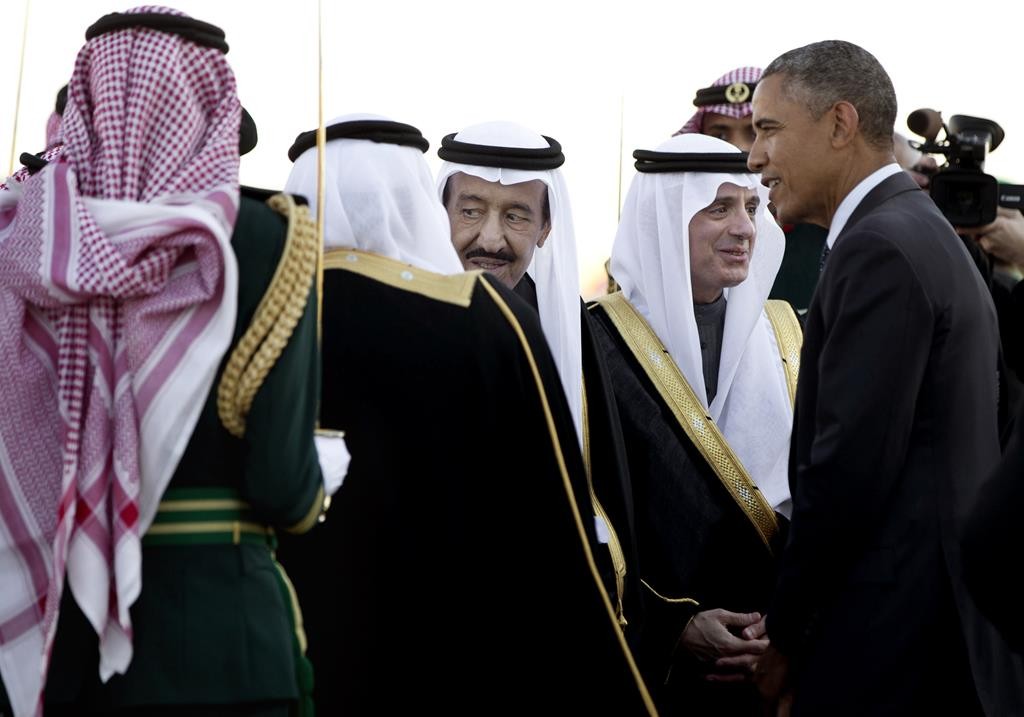 The new generation of Gulf Arab leaders meeting U.S. President Barack Obama on Wednesday appear more assertive than their fathers, want a range of alliances instead of dependence on Washington, and may be readier to say ‘no’ to their main ally.

Saudi Arabia’s King Salman, 79, caused a stir this week when he said he would send his two heirs to the United States for the summit instead, raising fears about Gulf anger over U.S. policy and reluctance to bless its plans for an Iran nuclear deal.

Kuwait’s 85-year-old emir is the only member of the old guard of Gulf Cooperation Council (GCC) leaders attending Camp David, although Qatar’s emir, who has ruled for less than two years, will also be there.

The four others are sending younger deputies in part because older rulers are either too infirm to travel or may be too unconvinced by Obama’s policies to see the visit as worthwhile, but their presence may still signify a shift to a new phase in U.S.-Gulf ties.

The region’s dynastic rulers were dismayed by Obama’s perceived support for Arab Spring uprisings in 2011 and felt he had let them down by not pushing Israel harder, and by not bombing Syria after a poison gas attack in 2013.

“The trust gap remains with this administration. Will it deliver on its promises? It’s not just the Saudis who feel this way — it’s the Emirates, Qatar, Bahrain,” said Mustafa Alani, an Iraqi security analyst close to Riyadh’s Interior Ministry.

Educated in a world informed as much by modern media as traditional values, and in a region polarized along sectarian lines rather than those of the Cold War, the Gulf’s new leaders look subtly different from those that came before.

Theodore Karasik, a Dubai-based geopolitical analyst, said it was important for Obama to spend time with young leaders who would wield influence for years to come, and who would be the interlocutors for his successor as president.

“It’s a reset of relations in advance of the re-entry of the Islamic Republic (of Iran) into the regional and international scene. Even if there are disagreements, this meeting will establish a new foundation of the Gulf-U.S. relationship, in a new era,” he said.