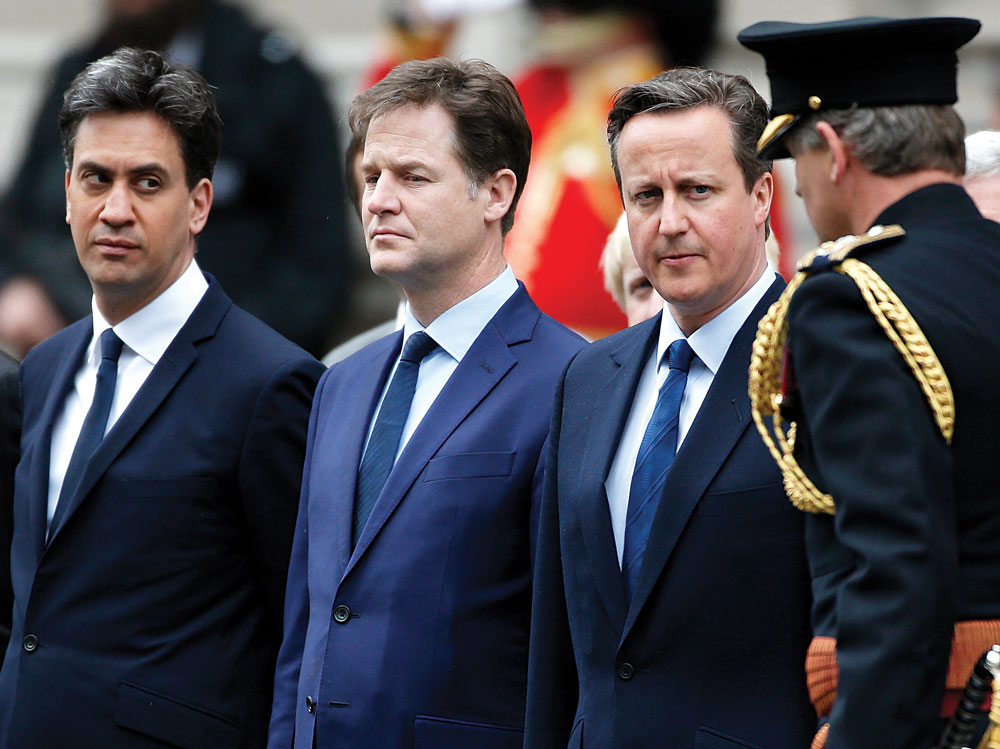 Standing outside 10 Downing Street the day after his unexpected election victory, Prime Minister David Cameron vowed to govern for “one nation, one United Kingdom.” That will be easier said than done, as competing brands of nationalism threaten to pull the country apart.

Separatists have swept the board in Scotland, Wales wants greater autonomy and England saw spreading support for the insular U.K. Independence Party and its demand to leave the European Union.

Newspaper editorial pages oozed anxiety about Britain’s future, worrying that Cameron could be the last leader of a truly United Kingdom.

The Independent said the election “leaves the prospect of the U.K. still being in one piece at the next general election in 2020 in some doubt.” The pro-Conservative Daily Telegraph agreed that “the biggest problem facing Mr. Cameron is the future of the Union,” while the liberal Guardian said leaving the EU would be “a catastrophe for Britain economically, politically and socially.”

What a difference eight months makes. In September, Cameron looked like the leader who had saved the U.K. In a referendum, Scottish voters rejected the idea of becoming independent and ending the 300-year-old union between England and Scotland.

But the pro-independence Scottish National Party, far from being defeated, has thrived. The SNP’s dynamic leader, Nicola Sturgeon, was the unexpected star of the U.K. election campaign, arguing that the party would work with Labour in Parliament to deliver progressive policies distinct from Cameron’s budget-cutting Conservatives.

Both the SNP and the Conservatives used nationalist arguments to winning effect in the election. Sturgeon gained more than half of Scottish votes for her party by saying the SNP would make Scotland’s voice heard in London.

Cameron argued that a minority Labour government would have to rely for support on the separatist SNP — and that would destabilize Britain.

Scottish Labour leader Jim Murphy, defeated in the tidal wave that saw the SNP win 56 of Scotland’s 59 seats, said his party had been “hit by two nationalisms,” Scottish and English.

The four regions of the U.K. — England, Scotland, Wales and Northern Ireland — have always had distinct identities, but for a long time most citizens also considered themselves British. In recent years, though, rising regional identity has undermined the “united” in United Kingdom.

Like Scotland, Wales has its own assembly, nationalist aspirations and few Conservative supporters. Northern Ireland has its own legislature and distinctive politics defined by the Catholic-Protestant divide.

Still, it may be too soon to write the United Kingdom’s obituary. It’s quite possible a majority of Britons will vote to remain in the EU in 2017. The SNP triumph does not make a new Scottish independence referendum imminent. The day after the election, Cameron told voters: “Together, we can make Great Britain greater still.”

But togetherness is in short supply after a Conservative victory that was both decisive and divisive. Cameron didn’t need Scottish nationalists or UKIP supporters to get elected, but they are not going away, and their numbers are growing.