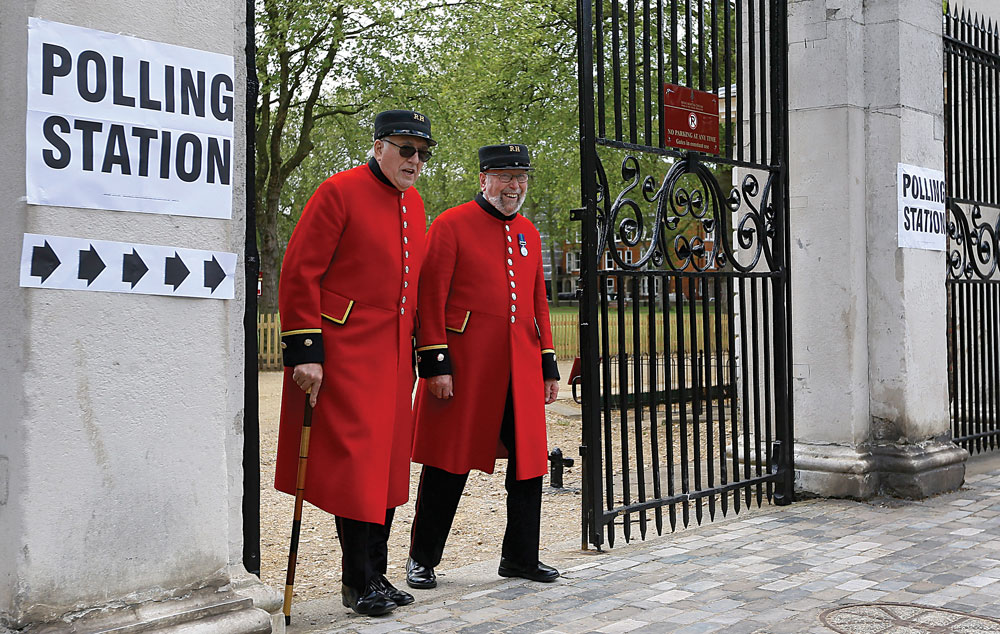 The opposition Labour Party fared worse than expected, the poll suggested, and Cameron’s coalition partner, the Liberal Democrat Party, was expected to lose most of its seats.

The biggest surge was for the separatist Scottish National Party, which was expected to take all but one of the seats in Scotland.

The exit poll projected that the Conservatives would get 316 seats — up from 302 and far more than had been predicted — and Labour 239 — down from 256. The Liberal Democrats would shrink from 56 seats to 10, and the Scottish National Party would grow from six to 58.

If the poll is accurate, the Conservative Party would be in a strong position to form the next government by seeking coalition partners from smaller parties.

Cameron’s Conservatives and Ed Miliband’s Labour Party had both seen support fall as voters turned elsewhere — chiefly to the Scottish Nationalists, who will dominate north of the border, and the anti-immigrant U.K. Independence Party. UKIP ran third in opinion polls but Britain’s electoral system means it can win at most a handful of seats.

Across this nation of 64 million, voters streamed to schools, churches and even some pubs in order to vote.

“This is the most exciting election I can remember,” said Lesley Milne from Glasgow, who supports the Scottish National Party. “It’s time to shake up the politicians in London and the SNP are the people to do it.”

The carefully managed campaign lacked impromptu drama. But debate appearances in which the public put questions directly to the politicians made plain that many distrust promises to safeguard the economy, protect severe health care cutbacks, and control the number of migrants from the European Union.

Britain’s economy — recovering after years of turmoil that followed the 2008 financial crisis — was at the core of many voters’ concerns.

In Scotland, voters turned out in droves, with lines at polling stations and a large turnout in the capital, Edinburgh.

About 50 million people were registered to vote, and turnout was high across the United Kingdom’s four parts — England, Scotland, Wales and Northern Ireland. There was an excitement about taking part — if only for the pleasure of being involved in a big national event.