Regional Wake Held for Cop Shot While on Duty
Regional 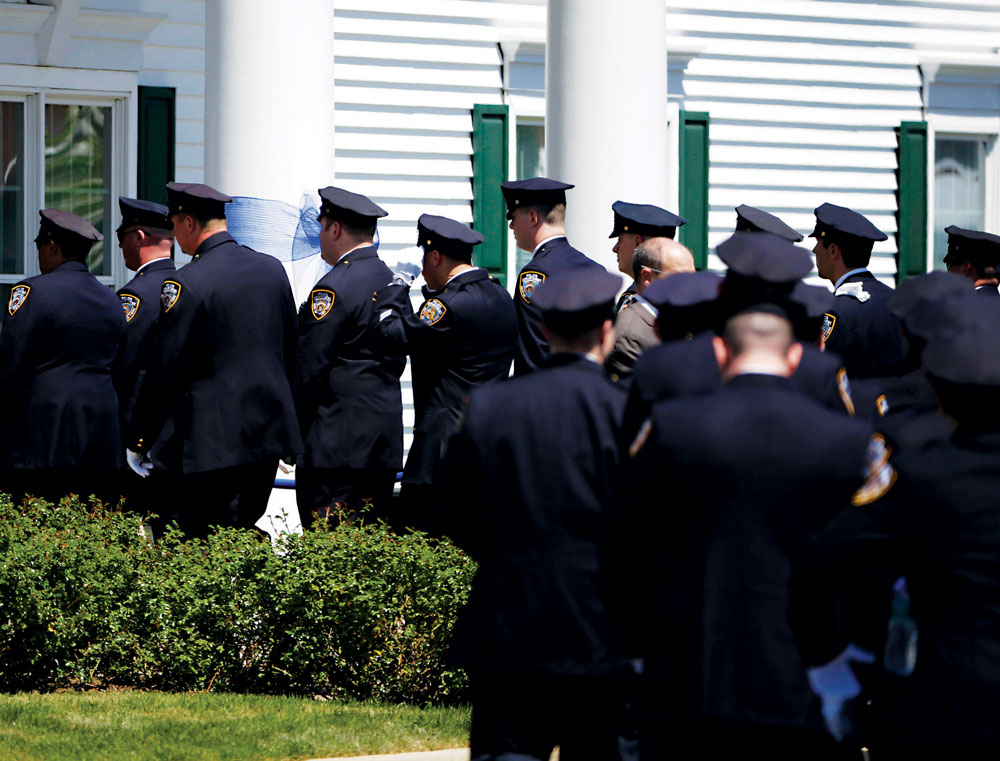 Blue ribbons were tied to utility poles and trees in this Long Island neighborhood on Thursday as thousands of officers began saying goodbye to a New York City police officer slain on patrol.

Purple bunting hung with photos of Officer Brian Moore in the windows of businesses as heavily armed officers patrolled the streets and officers with sniper rifles were stationed on rooftops.

More than 30,000 police officers from across the United States were expected to pay their respects to a fallen comrade.

Gov. Andrew Cuomo was among the mourners attending the wake.

“It’s a terrible tragedy,” Cuomo said afterward. “It’s an awful, frightening reminder of the sacrifice so many men and women in law enforcement make.”

The governor told reporters he admired that Moore had followed in his father’s footsteps as a police officer. Cuomo’s father, Mario, had served as New York’s governor in the 1980s and ’90s.

“I said to the father, ‘Your son must have really loved you,’” Cuomo told reporters. “He followed his dad into the business. He wanted to be like dad. He was proud of dad.”