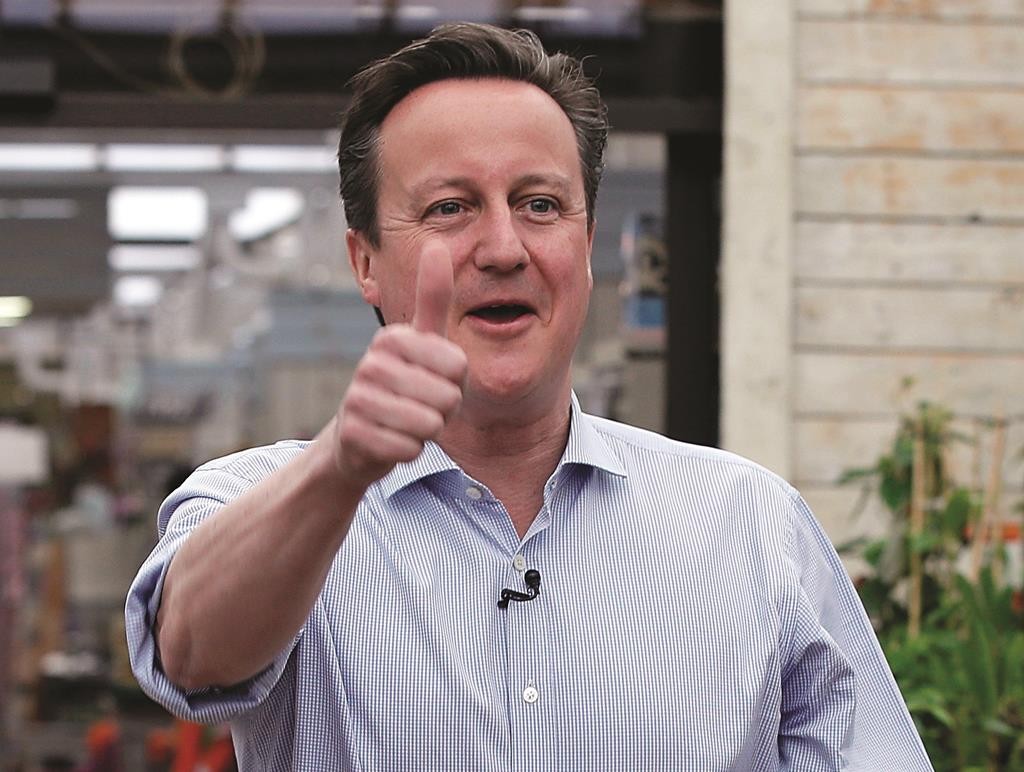 Britain’s political leaders crisscrossed the country Tuesday in a frenetic last dash to convert undecided voters, with less than 48 hours to go until an election likely to produce no outright winner.

Polls put the Conservatives and Labour neck-and-neck, with neither on course for a majority in Parliament. That means Thursday’s vote will likely trigger a period of negotiations with smaller parties before a new government emerges.

Neither big party wanted to discuss that option Tuesday, with both claiming they were aiming to win.

Prime Minister David Cameron told supporters at a suburban London garden center that momentum was behind the Conservatives.

“People can see in the end it is all about the economy and keeping the economy moving forward, and that’s what we offer and that’s the argument we’re making in this closing stage,” Cameron said.

“Lots of people are undecided and it’s those that we need to convince in the closing hours,” he said as he began a 36-hour journey across Britain.

The audience applauded, but Cameron was heckled by a Scottish man who said, “I’m feeling racism from you guys in your party,” objecting to Tory claims about the threat posed by the separatist Scottish National Party.

Liberal Democrat leader Nick Clegg said Cameron and Miliband were kidding themselves, and only his party could prevent a period of “messy, unstable minority government.”

“The last thing Britain needs is a second election,” Clegg said as he embarked on a 1,000-mile bus tour from Land’s End in England’s far southwest to the northern tip of Scotland.

Clegg hopes to play kingmaker, but his party looks set to be punished by voters after five years in coalition government with the Conservatives, and could lose half of its 59 seats.