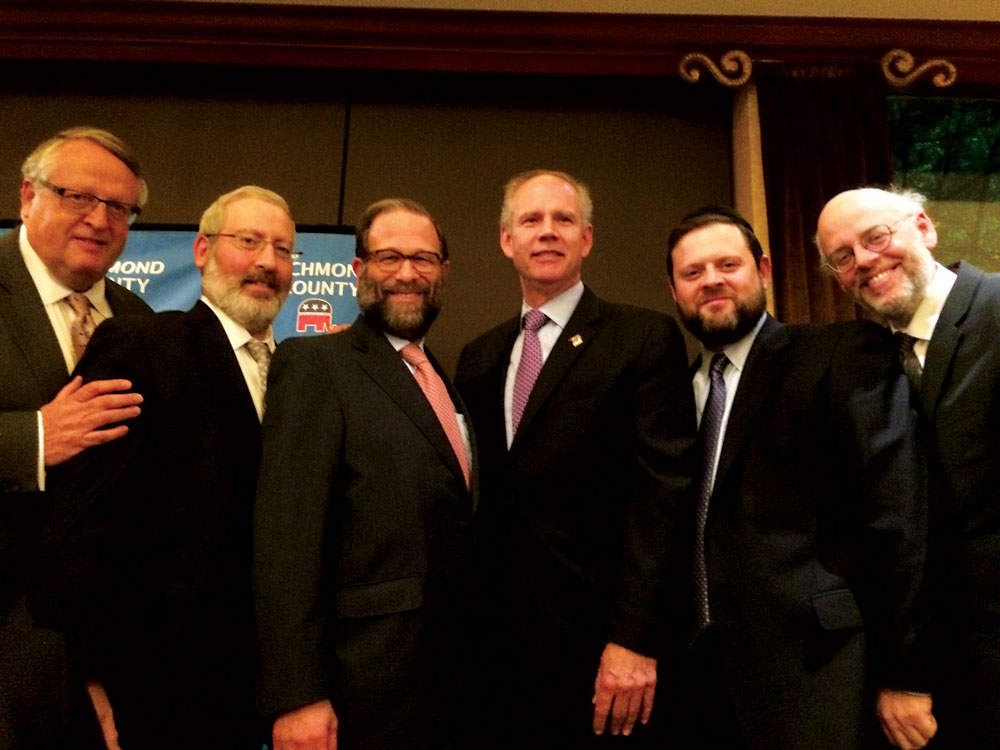 Staten Island District Attorney Daniel Donovan — who empaneled the grand jury that declined to indict a white police officer in the death of Eric Garner — on Tuesday captured a vacant congressional seat that spans Staten Island and a small part of Brooklyn.

Donovan was shadowed by the Garner case throughout the campaign, but he won easily. The seat became empty when Michael Grimm resigned in January after pleading guilty to tax fraud.

The district, which is considerably more conservative than others in the city, is mostly drawn from Republican-heavy Staten Island. After investing heavily in the Grimm race, national Democrats largely declined to help Councilman Vincent Gentile’s campaign. Local power brokers, including Mayor Bill de Blasio and Gov. Andrew Cuomo, did little more than offer perfunctory endorsements.

Donovan becomes the lone Republican to represent the city in Congress, which is controlled by a GOP majority. His victory will put an end to the tally on the front page of the Staten Island Advance newspaper, which noted the number of days the area was without congressional representation — more than 100.

Donovan, 58, joked during his victory speech that it was the second most important night of his life, trailing only the birth of his first child, due to arrive in two weeks.

Also on the ballot Tuesday was a quirky race for the 43rd state Assembly District seat.

The district, in heavily Democratic Brooklyn, didn’t feature a candidate on the Democratic line because the candidate chosen by the local party didn’t file the required paperwork on time. Instead, three Democrats ran on other party lines in an effort to represent Crown Heights and East Flatbush neighborhoods.

Diana Richardson, who was on the Working Families line, beat Shirley Patterson on the Independence Party line, Republican Menachem Raitport and Geoffrey Davis on the Love Yourself party line.