Politics Huckabee, the Other Man From Hope, Opens 2016 Bid
Politics 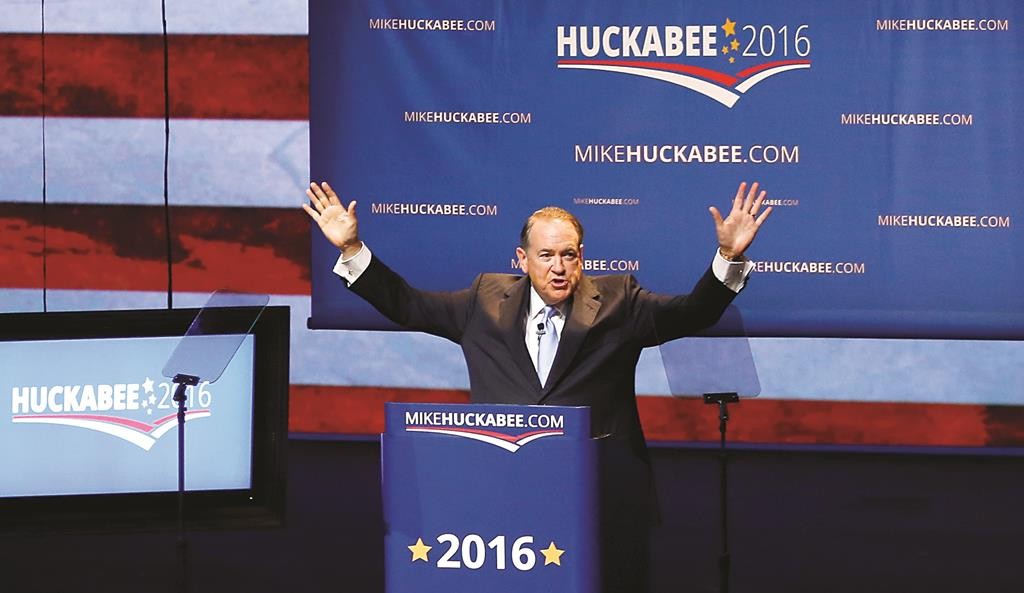 Mike Huckabee declared his presidential candidacy Tuesday, counting on his brand of conservative populism to make his second White House bid more successful than his first. In 2008, he captivated evangelical Republicans, but couldn’t build wide enough support to win the Republican nomination.

The former Arkansas governor announced his 2016 bid in the hometown he shares with former President Bill Clinton, becoming the sixth notable Republican to enter the campaign, with more to come.

“Power, money and political influence have left a lot of Americans behind,” Huckabee told supporters in a speech railing against “big-government bailouts” and pledging elimination of the IRS, “the biggest bully in America.”

A populist but no Democrat, he did not endorse a minimum wage increase, instead calling for policies encouraging a “maximum wage” for workers. But he did align himself with labor interests in criticizing “unbalanced trade deals” and describing President Barack Obama’s immigration policy as a way to “import low-wage labor, undercut American workers and drive wages lower than the Dead Sea.”

The ordained minister — he was Arkansas Baptist Convention president before getting into politics — speaks the language of faith, and he played up the cultural conservatism learned in this small town where many of his relatives  — and a few Clinton relatives — still live.

His foreign policy hawkishness comes with religious undertones, too. He said Obama wants Christians to “make nice” with “radical jihadists.” He pledged loyalty to Israel and a hard line on Iran’s military ambitions.

Huckabee acknowledges he needs to reach beyond the Christian evangelicals who helped him win the Iowa caucuses and seven other states in the 2008 GOP nomination contest. The political commentator and author took swipes at rivals in both parties, without naming them, as he sought to position himself as the best Republican to take on Hillary Rodham Clinton, the dominant Democrat in the 2016 contest.

Huckabee boasted that in Arkansas politics, he found success in “challenging the deeply entrenched political machine that ran this state. It was tough sledding, but I learned how to govern and how to lead.” An introductory video about the governor who fought “the Clinton machine” made clear he meant Bill and Hillary. Bill Clinton was governor before Huckabee.

“I don’t have a global foundation or a taxpayer-funded paycheck to live off of,” Huckabee said. “I don’t come from a family dynasty, but a working family.”

That was a knock at the Clintons again, as well as Republican prospect Jeb Bush, the son and father of presidents, and all rivals who work in the Senate or as governors.

Opinion is divided on whether the “Clinton machine” in Arkansas was as intimidating as Huckabee makes it out to be.