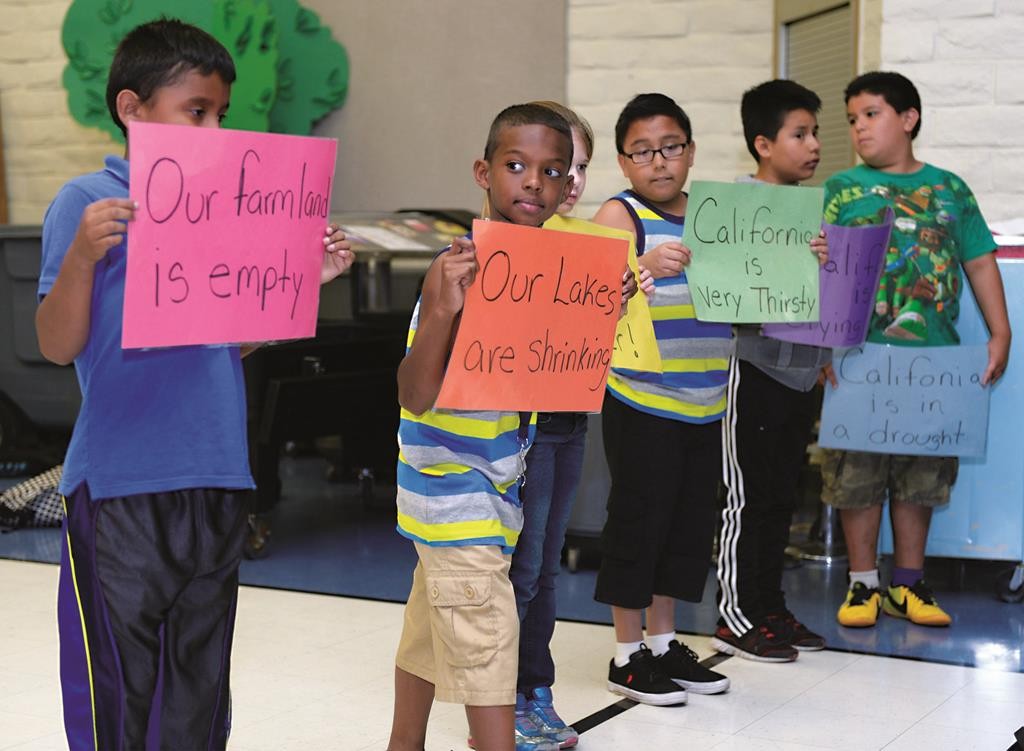 The board’s plan to achieve those cuts has come under fire from water agencies, interest groups and members of the public who have complained about its equity and fairness.

Under the current framework, cities and towns that use the most water per capita must cut the most, and areas that use relatively little water will have to cut much less. The state’s more than 400 urban water agencies have been placed in tiers requiring a reduction in water use of 8 percent to 36 percent.

For example, Beverly Hills and Bakersfield must slash their water consumption by 36 percent over the next year because their residents used more than 215 gallons of water per day last summer. Santa Cruz residents used only about 45 gallons during the same period and would have to cut their consumption by 8 percent under the state board’s proposal.

State regulators have already revised the plan twice and will be considering making additional changes Tuesday after hearing comments from the public.

Officials have specifically asked for feedback on whether to double the number of tiers and lessen the gap between one reduction target and the next.

Max Gomberg, a senior environmental scientist for the board, said he also expects the board will receive many comments about an exception related to commercial agriculture.

Responding to criticism from urban water districts that deliver much of their water to farms, the board tweaked the regulations to allow suppliers to request placement in a lower conservation tier if more than 20 percent of their water is used for commercial agriculture. Suppliers that meet the criteria could subtract the amount of water going to the sector from its total and potentially lessen the conservation burden placed on their residential customers.

The board is also expected to release data Tuesday on the state’s March water usage compared with March 2013. After cutting water usage by 22 percent in December, conservation levels flagged to 8 percent in January and only 2.8 percent in February.