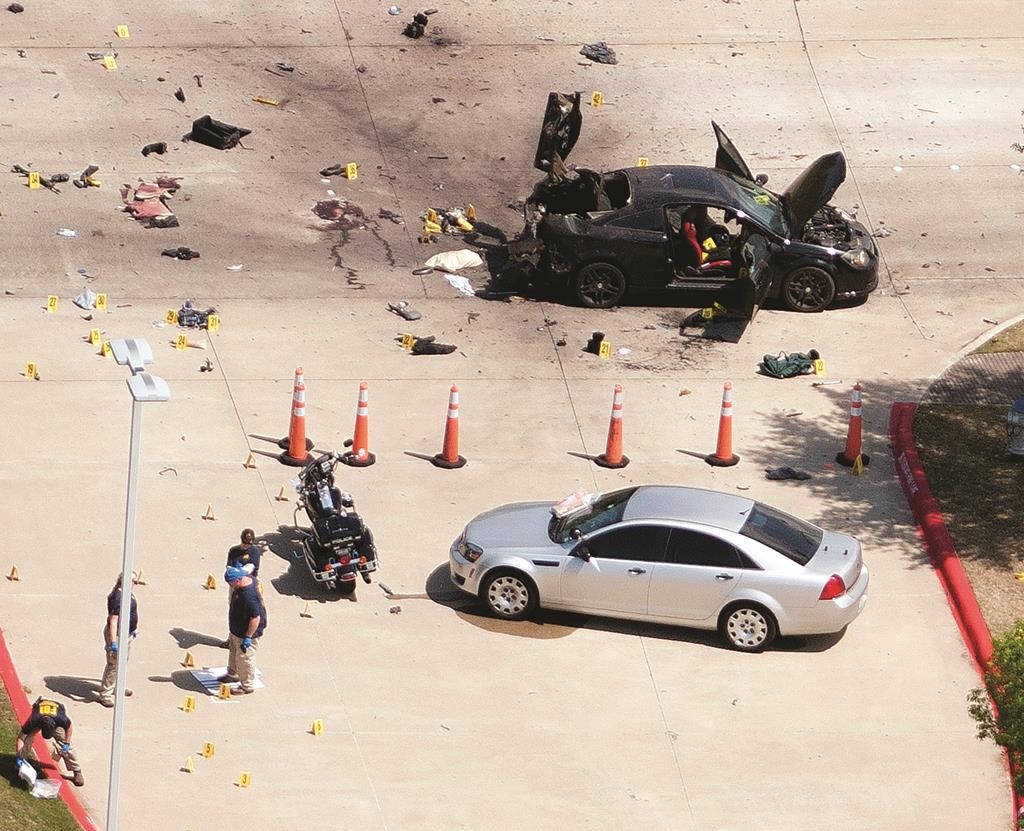 Federal agents for years monitored one of the two terrorists shot dead after opening fire with assault rifles at a heavily guarded Texas exhibit of caricatures of the founder of Islam.

Two law enforcement officials identified one of the dead shooters as Elton Simpson, under surveillance since 2006 and convicted in 2010 of lying to FBI agents over his desire to join violent jihad in Somalia. The second shooter was identified as Nadir Soofi, a roommate of Simpson, according to two sources close to the investigation.

The shooting incident in the Dallas suburb of Garland was an echo of past attacks or threats in other Western countries against art depicting the founder of Islam. In January, gunmen killed 12 people in the Paris offices of French satirical magazine Charlie Hebdo in what it said was revenge for its cartoons.

The latest incident unfolded on Sunday, when a car drove up behind an indoor arena in Garland, where 200 people attended an event featuring caricatures of Islam’s founder, portrayals considered offensive by Muslims.

Two men jumped out of the car and fired on security guards, injuring one. One police officer returned fire and killed both men in the parking lot.

Those inside the Curtis Culwell Center who had gone through heavy security to enter the event were not aware of the attack until afterward.

Police and federal agents had planned security for months ahead of the event, organized by American Freedom Defense Initiative (AFDI), a free-speech organization that is also described as a hate group and that paid $10,000 for extra protection. The event featured speeches by American Freedom Defense Initiative president Pamela Geller and Geert Wilders, a Dutch lawmaker known for his outspoken criticism of Islam.

Simpson, identified as one of the dead shooters, according to the two law enforcement sources, was convicted in 2010 of lying to FBI officials over discussions he had with an informant about his desire to travel to Somalia to engage in violent jihad.

The court documents say federal authorities began monitoring Simpson in 2006 because he was associated with an individual the FBI believed was trying to set up a terrorist cell in Arizona.

At one point, according to the documents, the FBI tried “unsuccessfully” to put Simpson on a U.S. government no-fly list.

A fighter for Islamic State said in a tweet that “2 of our brothers just opened fire at the [founder of Islam] art exhibition in Texas,” according to the SITE Intelligence Group, a U.S.-based monitoring group.