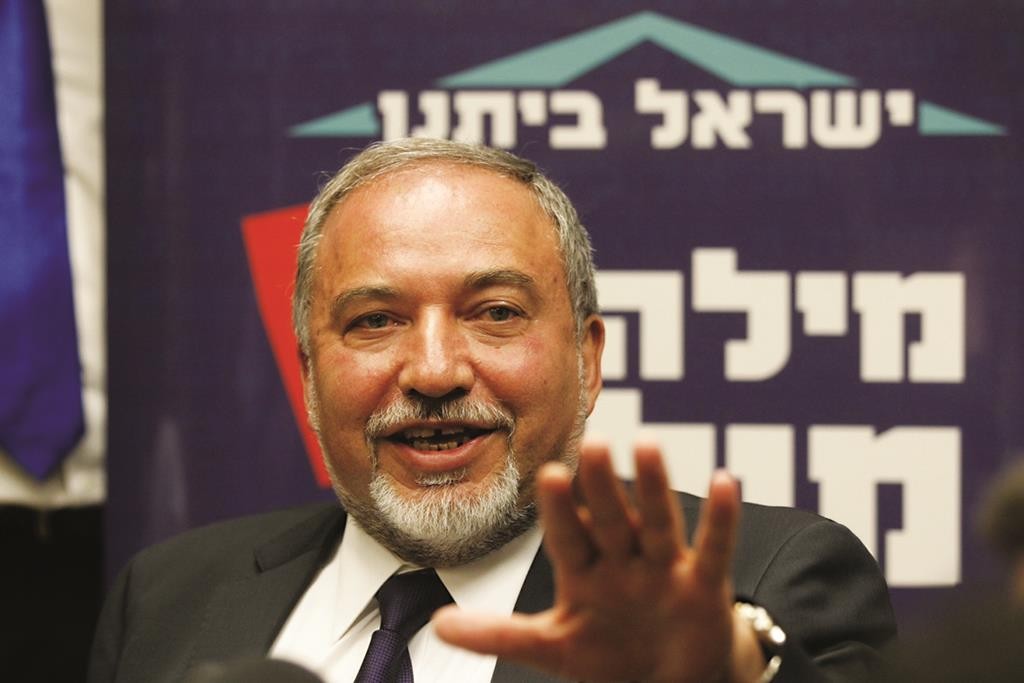 With less than 48 hours to go before the deadline for forming a new government, Shas signed an agreement with the Likud after Foreign Minister Avigdor Lieberman announced earlier Monday that his Yisrael Beitenu party would not be in the coalition.

Shas will receive the Religious Affairs Ministry, the Ministry for the Development of the Negev and Galilee, and the Economy Ministry, as well as a deputy minister position in the Finance Ministry, according to media reports on Monday night.

“I promised and I kept my promise,” Shas chairman Aryeh Deri said. “The things we promised before the election: 0% VAT [on basic foodstuffs], the public housing reform and [raising] minimum wage,” Deri said, referring to concessions reportedly made by Prime Minister Netanyahu in order to bring Shas into the coalition.

That still left Netanyahu looking at a narrow 61-seat majority, assuming that Jewish Home will sign on by Wednesday morning, when the deadline expires.

Following the signing with Shas, Likud gave Jewish Home an ultimatum, according to Arutz Sheva: It could have  the ministries of education, public diplomacy, culture and sport, and agriculture, as well as deputy defense minister. But “if Jewish Home refuses this offer, the alternative is a left-wing government under Herzog, in which there won’t be any Religious Zionist representation.”

Yisrael Beiteinu’s six seats would presumably have given Netanyahu a more stable coalition. If he must manage with a one-seat majority, then he will be more vulnerable to the various demands of coalition partners, any one of whom could topple the government by bolting.

Lieberman framed his decision as one of principle at a press conference on Monday.

He told reporters that his party had been offered two cabinet posts as part of the coalition talks but remained unsatisfied.

“Our dilemma was between principles or seats; I am happy that we decided to keep our principles and give up our seats,” Lieberman said. “I have decided to resign from my post as foreign minister.”

As for the principles involved, Lieberman said that the government taking shape would not suit his political agenda.

“This is certainly a coalition that, to my regret, does not reflect the positions of the nationalist camp and is not to our liking, to put it mildly,” said Lieberman.

He accused Netanyahu of “zigzagging” and lacking the resolve to defeat Hamas or build up the Jewish presence in Yehudah and Shomron.

Lieberman also noted that legislation anchoring in law Israel’s identity as a Jewish state, which was advanced by the outgoing government, was being played down in the current coalition talks.

Likud officials were incensed at Lieberman’s words. “He is the last person who can preach opportunism,” a senior Likud official told Walla! News on Monday. “This is a cynical politician, a great opportunist, who planned a putsch against Netanyahu in the previous government, and aspired to be a compromise candidate for prime minister after the election.”

The Shas leader’s view was more sanguine. “Sometimes a small and homogeneous coalition is for the greater good,” he said, while adding that Shas would still welcome a unity government with Zionist Camp.

However, while Lieberman may have put himself on the sidelines, Yisrael Beitenu is another matter. After a disappointing showing in the March election, which left what had been the second biggest party in the country with only six seats, Lieberman is said to be thinking about leaving politics altogether. If, in the coming weeks or months, he does so, there is every chance that the party would then join the coalition without him.

Lieberman immigrated to Israel in 1978 from Moldova in the former Soviet Union. He became a national figure in 1996 as a top aide to Netanyahu, during his previous term as prime minister. He departed Likud and was elected to the Knesset in 1999 as head of Yisrael Beitenu, a secular hawkish party representing chiefly immigrants from the former Soviet Union.

It was not immediately clear who will replace Lieberman as foreign minister. Deputy foreign minister, Likud MK Tzachi Hanegbi, was spoken of on Monday as a possible successor.