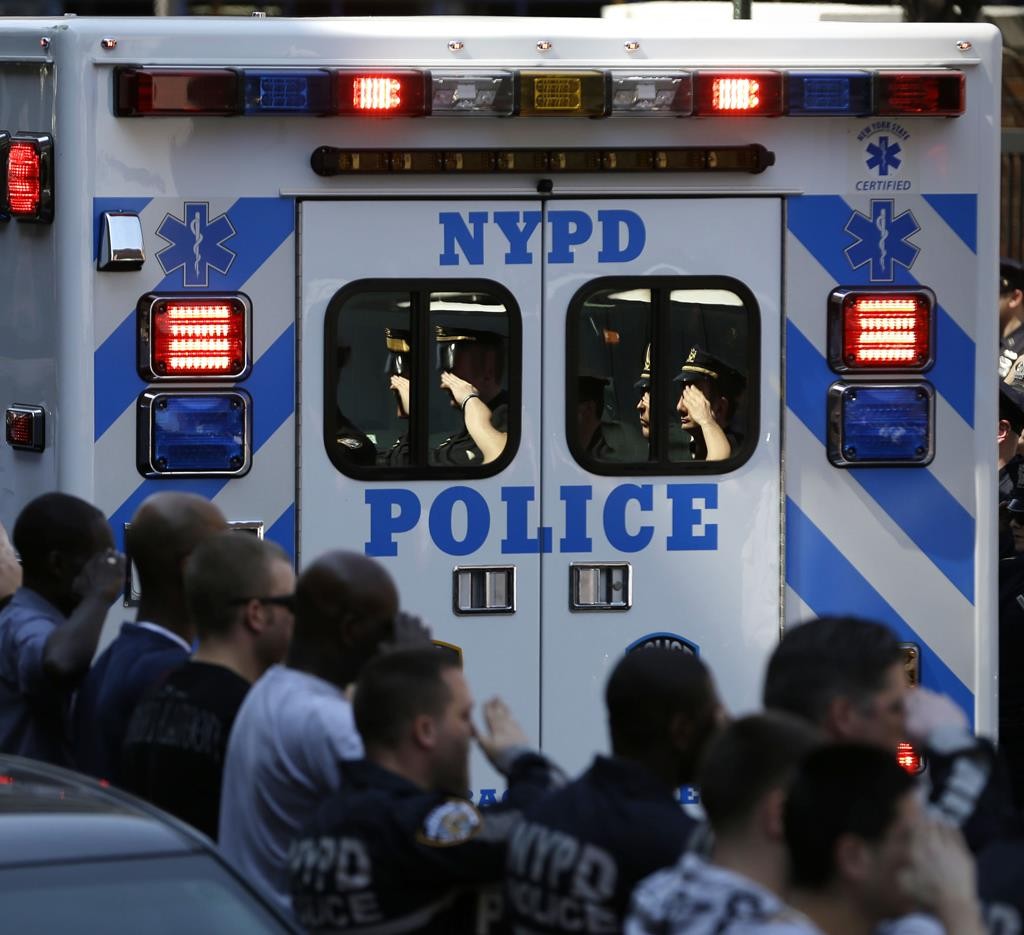 A 25-year-old police officer shot in the head over the weekend while attempting to stop a man suspected of carrying a handgun died Monday from his injuries, the third New York City officer slain on duty in five months.

Brian Moore, who was in a coma after undergoing brain surgery following the Saturday evening shooting, was pronounced dead at a Queens hospital with his family at his bedside, including his police officer father, uncle and cousin.

Hundreds of uniformed officers stood at attention outside the medical center and lined up down the block to salute the ambulance carrying his body out. Afterward, many could be seen crying and consoling one another.

“He proved himself to be an exceptional young officer,” Police Commissioner William Bratton said, noting Moore had made more than 150 arrests in less than five years on the job and earned meritorious service medals.

Moore and his partner were in plainclothes and in an unmarked police car when they approached Demetrius Blackwell in a quiet Queens neighborhood after they saw him adjusting his waistband, a move that made them suspicious he had a handgun, authorities said.

The officers pulled up next to Blackwell, 35, and exchanged words before the man suddenly turned, pulled out a weapon and fired at least twice at them, striking Moore in the head and face, according to court documents.

Blackwell has been charged with attempted murder and other crimes. He’s being held without bail and will be charged with first-degree murder, prosecutors said.

“For five years, Brian served with distinction and he put his life on the line each day to keep us all safe,” he said in a statement. “On Saturday, he made the ultimate sacrifice in service to the people of New York City.”

President Barack Obama, speaking in the Bronx, saluted Moore’s service and said officers around the country “deserve our gratitude.” And Gov. Andrew Cuomo said in a statement Moore’s shooting was a “deplorable act of violence.”

Patrick Lynch, who heads the rank-and-file police officers’ union, joined Moore’s family at the hospital and told reporters afterward that the city’s police force would pay their respects, and then return to their posts patrolling streets, stairwells and subways.

“They may have sadness in their eyes, but they have bravery in the hearts,” he said.