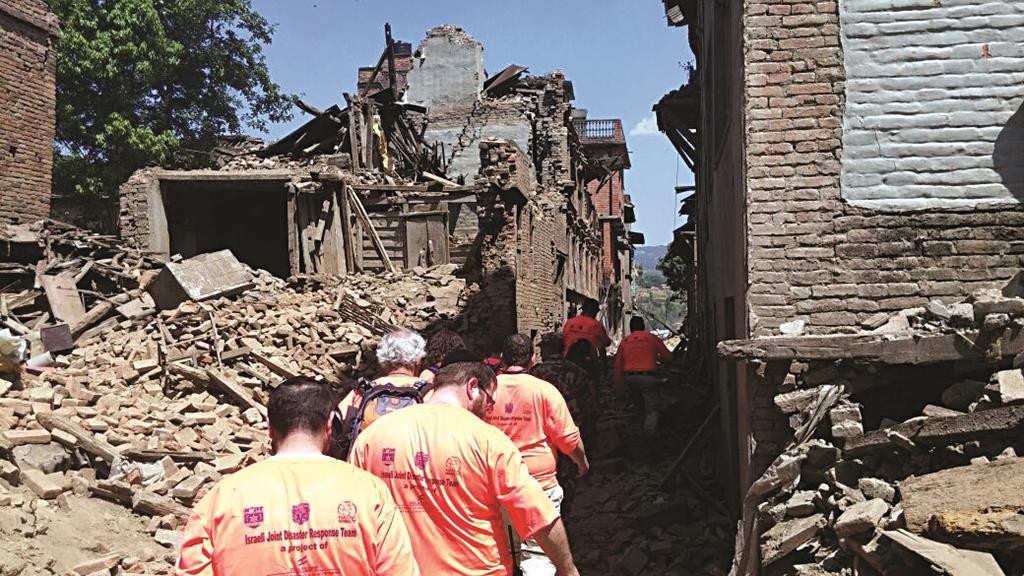 The tragic news from Nepal came on Sunday that the body of the one Israeli still missing in the earthquake-devasted country was finally found after days of searching by the IDF, the Nepalese Army and volunteer units.

A rescue team from United Hatzalah, Zaka and F.I.R.S.T. on Sunday afternoon announced that trekker Or Asraf, z”l, was located on a mountainside along the Langtang Ridge.

Eli Beer, founder of IsraeLife and president of United Hatzalah, said, “We are very sad that our mission has ended in this way. Every day, we searched for Or and held onto our hope that we would find him alive and bring him back to his family. Unfortunately, despite the tremendous effort, we found him not alive. We are consoled, however, that thanks to our delegation of volunteers, Or will come to rest in Israel.”

Asraf was the only Israeli fatality out of hundreds of Israeli citizens in Nepal when the earthquake struck.

His family confirmed on Sunday that they had been officially notified of his death.

Earlier in the day, travel documents belonging to him had been found in the Langtang region, where he had last been seen.

Israel and Nepalese soldiers, ZAKA and Hatzalah, had conducted an intense search in the area for the last three days. Members of the elite Egoz reconnaissance unit of Asraf’s Golani Brigade and his father were also in Nepal helping with the search.

“We are hoping for good news,” his father had told Israeli media. He added, “I am not leaving here until we find him and bring him home.”

All the other dozens of Israelis stranded in remote areas since the disaster have been rescued, many by helicopter.

Nepal is a favorite destination for young Israelis, particularly those like Asraf out to see the world after finishing their army service. An estimated 50,000 young Israelis travel throughout the East each year, in Thailand, Cambodia, Laos, Vietnam, India and Nepal.