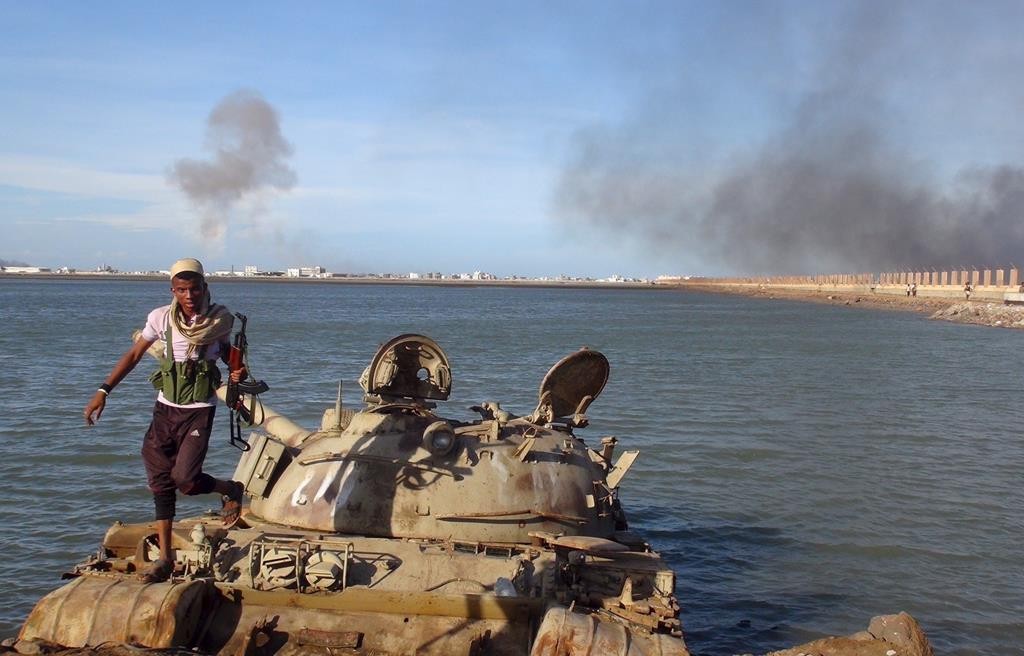 Local fighters battling the rebel Houthi militia in Yemen’s port of Aden stormed areas around the airport on Sunday in an operation supervised by the Saudi-led coalition, which also provided air support, the group’s spokesman said.

“Special forces from the southern fighters have been prepared and trained for an operation to attack Aden airport,” said Ali al-Ahmadi, spokesman for the Southern Popular Resistance.

Ahmadi retracted an earlier statement that 40-50 coalition special forces fighters had deployed alongside his militia and Saudi Arabia denied that a major ground operation was under way or that it had put non-Yemeni forces on the ground in Aden.

The coalition, which seeks to restore the government of President Abd-Rabbu Mansour Hadi, includes eight other Arab states and is receiving logistical support from the United States, Britain and France.

It has refused to rule out the eventual use of ground troops, but to date it has mostly used air power and some artillery on the Saudi border to bombard Iranian-allied Houthi militia and allied army units.