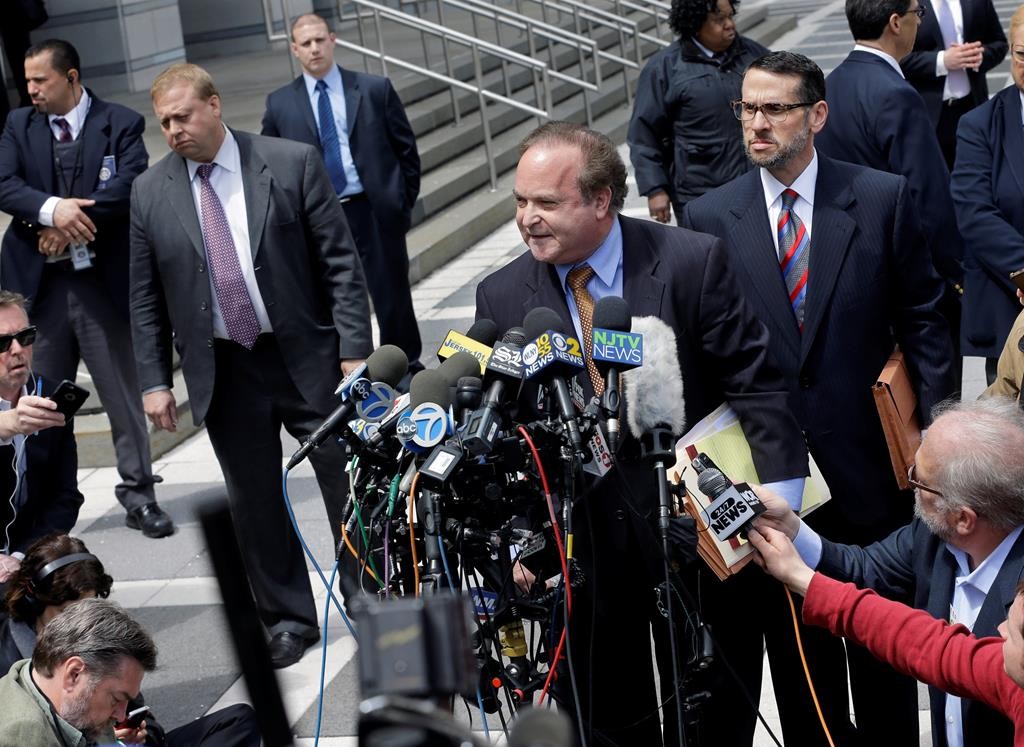 A former ally of New Jersey Governor Chris Christie on Friday pleaded guilty to federal charges related to the George Washington Bridge closure scandal, while two others were indicted — another blow to Christie’s image at a time when he is trying to get his presidential campaign off the ground.

David Wildstein, a former senior Christie appointee to the Port Authority of New York and New Jersey, pleaded guilty to two counts of conspiracy at a U.S. district court in Newark.

Prosecutors also unsealed a nine-count indictment against Bill Baroni, former deputy executive director of the Port Authority of New York and New Jersey and Bridget Kelly, a former deputy chief of staff to Christie. Among the charges are conspiracy and wire fraud.

Paul Fishman, who succeeded Christie as the U.S. Attorney for New Jersey, said no one else was expected to be charged in the bridge scandal, based on current evidence.

Friday’s charges were the first stemming from the September 2013 shutdown in Fort Lee, New Jersey, of access lanes to the world’s busiest bridge. School buses, ambulances and commuters were delayed for hours, and traffic was snarled for days.

“Today’s charges make clear that what I’ve said from day one is true, I had no knowledge or involvement in the planning or execution of this act,” Christie said in a statement.

“The moment I first learned of this unacceptable behavior I took action, firing staff believed to be accountable, calling for an outside investigation and agreeing to fully cooperate with all appropriate investigations, which I have done. Now 15 months later it is time to let the justice system do its job.”

Kelly said in a press briefing that she is not guilty of the charges and that it was absurd to believe a member of Christie’s staff could close a bridge. Baroni’s lawyer called the accusations false. Attorneys for both accused Wildstein of lying to prosecutors and lawmakers investigating the incident.

Wildstein was released on his own recognizance on a $100,000 bond. He could face up to 15 years although his cooperation with prosecutors will be a factor in determining his sentence, Fishman said, adding that Wildstein was unlikely to be sentenced until after the other cases come to trial.

“He deeply regrets what occurred,” said Wildstein’s attorney, Alan Zegas, outside the courthouse, adding that by cooperating it “should shed truth on what occurred.”

Zegas said, “evidence exists to establish” that Christie knew of the lane closures while they were occurring.

Prosecutors said Wildstein, Kelly and Baroni conspired to punish the mayor of Fort Lee for refusing to endorse Christie for governor. The three arranged to shut down the bridge lanes and decided that doing so on the first day of school would maximize the congestion.

The guilty pleas and indictments were another blow to Christie, an early favorite in what is likely to be a crowded Republican presidential field for 2016. Lately he has been lagging other potential candidates.

Blunt-spoken Christie has denied knowing about the incident, and a joint panel of Democrats and Republicans in December found no evidence he was involved. Still, the political fallout has hurt his brand as he considers a presidential run.

“There is a certain power of an indictment that had not been present in the equation,” said Rick Wilson, a Republican strategist in Florida. “At this point, it’s hard to see what the predicate is for a Chris Christie presidential run.”

Other reported investigations into alleged abuse of power were not addressed Friday. These include a probe into potential conflicts of interest by former Port Authority chairman David Samson, another Christie appointee.