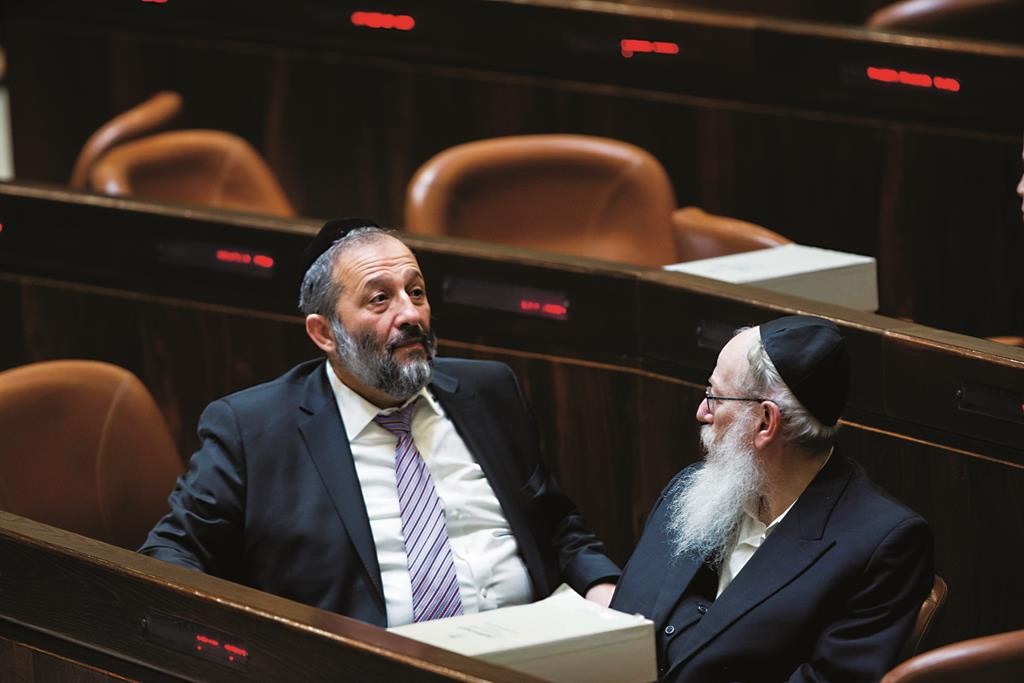 Just a day after the United Torah Judaism party signed onto Prime Minister Binyamin Netanyahu’s coalition, Shas was reportedly on its way into the coalition after a key demand for eliminating VAT tax on basic consumer items was agreed to.

The news came on Thursday after Shas chairman Aryeh Deri said in an Army Radio interview that he was giving up on securing appointment as interior minister in the next government. It was not clear who would be the next interior minister, but there is no dearth of candidates for the powerful post, among them Miri Regev, a leading Likud politician.

Shas was expected to receive the Economic Ministry, the Religious Service Ministry, and reportedly two other portfolios.

The VAT proposal has backing from Israeli non-profits working to assist the poor.

“Israel is one of the OECD’s poorest countries,” said a letter sent on Sunday to Netanyahu and designated finance minister Moshe Kahlon signed by dozens of welfare groups. “About a quarter of the population lives in poverty, and around one-fifth of the families in Israel suffer from significant nutritional insecurity.”

In the letter they note that the uniform VAT rate of 18 percent places on unequal burden on the poor who must spend a much larger portion of their income on staple items than those who are financially better off. The NGOs said that the government should either  reduce VAT on basic foods to 7 percent, in keeping with the OECD average, or abolish it altogether.

They also reminded Netanyahu of his election campaign promise to implement zero VAT.

Shas is also expected to receive the Economic Ministry, the Religious Service Ministry and two other as-yet undisclosed portfolios, according to Ynet.

A Shas-Likud meeting was scheduled for late Thursday to finalize matters.

The addition of Shas brings Likud significantly closer to the sought-after majority of Knesset seats necessary to forming a new government. With Likud’s 30, Kulanu’s 10 (they also signed on Wednesday), UTJ’s 6, Shas’s 7, they have 53. Jewish Home is expected to readjust its expectations in the coming days, which will add 8 more, for 61. Netanyahu hopes Yisrael Beiteinu will come around before the deadline on Wednesday, giving it 67, a viable margin.