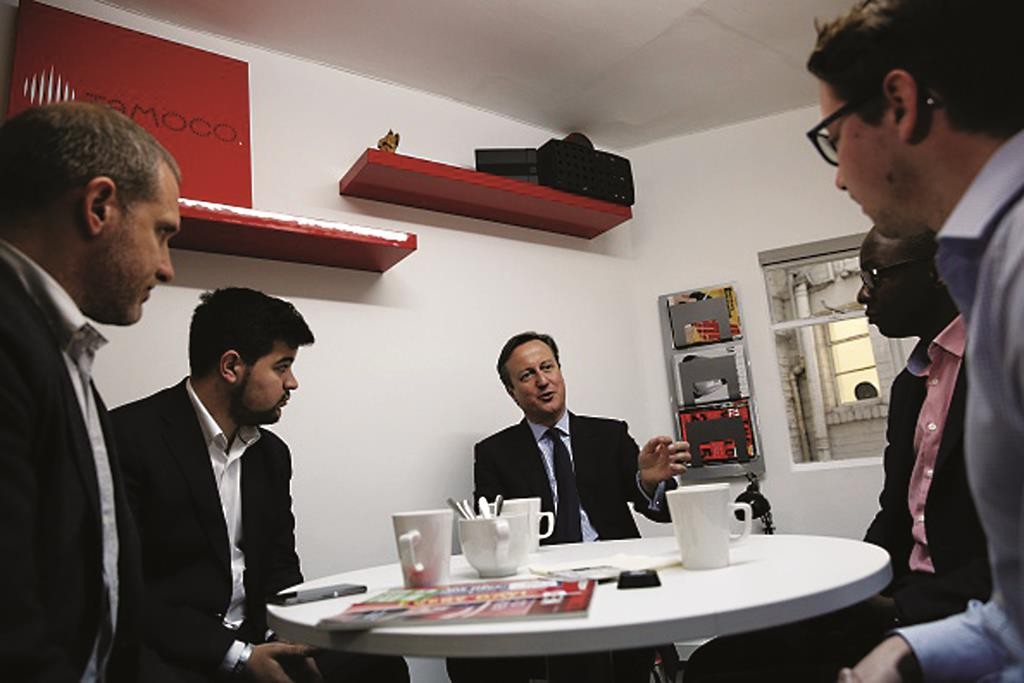 Speaking with the UK’s The Jewish Chronicle, the Conservative leader stood up for Israel’s right to self-defense and condemned a moral equivalency that seeks to put equal blame on Israel and the Palestinians for regional violence.

“Obviously we regret the loss of life wherever it takes place, but I do think there’s an important difference — as Prime Minister Netanyahu put it: Israel uses its weapons to defend its people and Hamas uses its people to defend its weapons,” Cameron was quoted by The Times of Israel as saying. The full interview is set for publication on Thursday.

“What I’ve seen is the attacks that take place on Israel and the indiscriminate nature of them. As PM, putting yourself in the shoes of the Israeli people, who want peace but have to put up with these indiscriminate attacks — that reinforces to me the importance of standing by Israel and Israel’s right to defend itself,” Cameron said.

The remarks offset the Cameron government’s more critical position during the Gaza war, when it expressed concern about the high Palestinian death toll. Over 2,000 were killed, mostly by Israeli strikes. But Israel contends that about half the dead were Hamas terrorists and attributed the large number of civilian casualties to the fact that Hamas cynically placed their infrastructure in residential areas.

Cameron has voiced strong support for Israel repeatedly in the past, especially in his speeches before the UK Jewish community. “Israel is our ally. Israel is our friend. And with me as prime minister that will never change,” he said in November at a fundraising event for the Jewish charity Norwood.

The British elections are set for May 7. Cameron and Labor party challenger Ed Miliband, who is Jewish, are almost even in the polls.