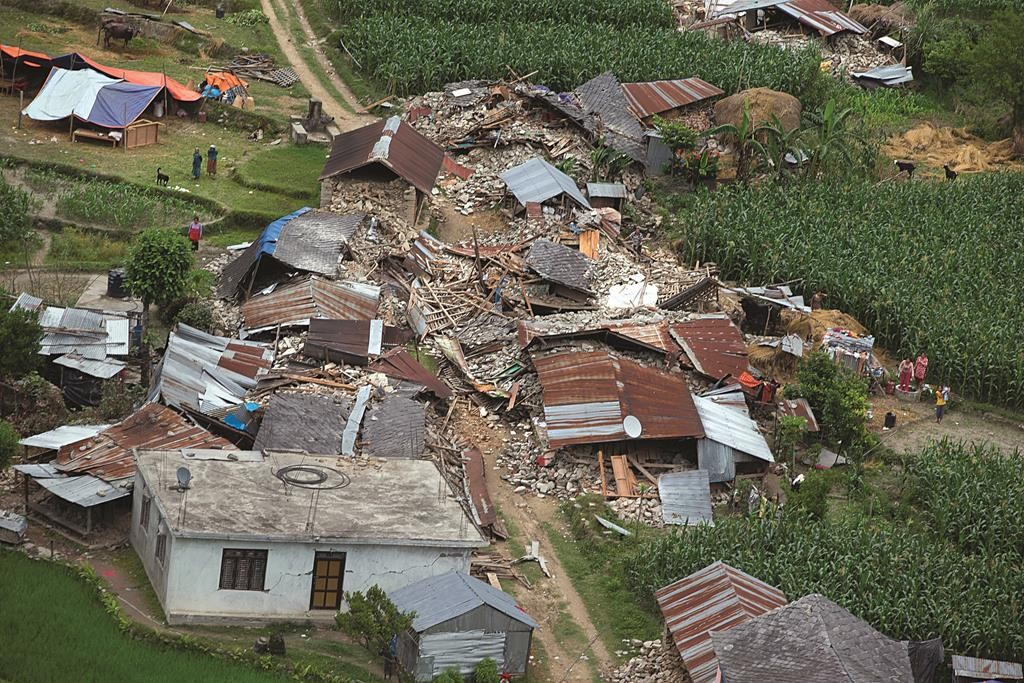 The first supplies of food aid began reaching remote, earthquake-shattered mountain villages in Nepal on Wednesday, while thousands clamored to board buses out of Kathmandu, either to check on rural relatives or for fear of spending yet another night in the damaged capital.

Frustration over the slow delivery of humanitarian aid boiled over in a protest in the city, with about 200 people facing off with police and blocking traffic.

The protest was comparatively small and no demonstrators were detained. But it reflected growing anger over bottlenecks that delayed much-needed relief four days after the powerful earthquake that killed more than 5,000 people, injured twice that many and left tens of thousands homeless. Police, meanwhile, arrested dozens of people on suspicion of looting or causing panic by spreading rumors of another big quake.

Helicopters finally brought food, temporary shelter and other aid to hamlets north of Kathmandu in the mountainous Gorkha District near the epicenter of Saturday’s 7.8-magnitude quake. Entire clusters of homes there were reduced to piles of stone and splintered wood. Women greeted the delivery with repeated cries of “We are hungry!”

While the death toll in the village of Gumda was low — only five people were killed and 20 were injured among 1,300 residents – most had lost their homes and desperately needed temporary shelter, along with the 90-pound sacks of rice that were delivered Wednesday. Adding to residents’ misery was the rain that has fallen periodically since the quake and hampered helicopter aid flights.

The U.N. World Food Program warned that it will take time for food and other supplies to reach more remote communities that have been cut off by landslides.

With more than 8 million Nepalese affected by the earthquake, including 1.4 million who need immediate food assistance, Pinnock said the effort would continue for months.

Despite Wednesday’s small protest, there were signs that life was inching back to normal in the capital. Banks opened for a few hours and refilled their ATMs with cash, some shops reopened, and vendors returned to the streets.