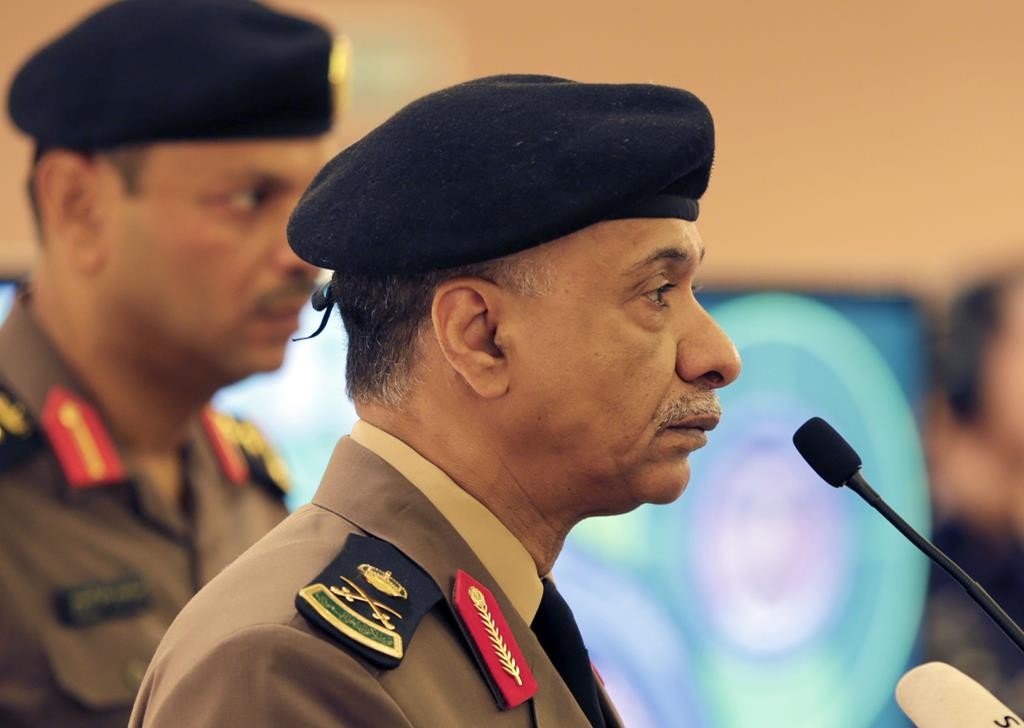 Saudi Arabia on Tuesday announced the arrest of 93 suspects with ties to the Islamic State group who it says were planning multi-pronged attacks on the U.S. Embassy, security forces and residential compounds where foreigners live.

The list of targets recalls a wave of attacks launched by al-Qaida inside the kingdom from 2004 to 2007, which killed dozens of people, including foreigners, and threatened the stability of one of the world’s most important oil-producing nations.

Interior Ministry spokesman Maj. Gen. Mansour al-Turki told The Associated Press that Saudi Arabia’s security forces are better prepared than ever to fight back against the Islamic State group. The kingdom is part of a U.S.-led coalition bombing the group in Iraq and Syria.

He said there have been five IS-related attacks across the kingdom in recent months that have killed 15 civilians and security personnel. But he said Saudis have largely ignored the IS group’s calls to take up arms against their government and attack the Shiite minority, security forces and foreigners living in the kingdom.

“We do have a number of people who do respond to such calls and do try to carry out such terrorist organizations’ orders, but these people do not represent the Saudi population, do not represent the 20 million Saudis,” he said in remarks to the AP a day before the announcement of the arrests, which took place over several months.

Al-Turki said the security raids included a cell of 65 people arrested in March who were involved in a plan to target residential compounds and prisons. They also allegedly planned to carry out attacks aimed at creating sectarian strife. All but two in the cell were Saudi citizens.

Authorities also disrupted a plot for a suicide car bomber to attack the U.S. Embassy in Riyadh after receiving information about the plan in mid-March, he said. Two Syrians and a Saudi citizen were arrested in relation to the plot.

The timing of the alleged attack coincides with a U.S. decision to halt all consular services for a week starting March 15 at the embassy and diplomatic missions in Jiddah and Dhahran over security fears.

The U.S. Embassy in Riyadh is located in a large and heavily guarded compound with other embassies. The embassy is surrounded by fortified barriers and guarded by police, and a U.S. Marine checks visitor passes inside.

Al-Turki said another group of nine Saudis, including one woman, were arrested on suspicion they tried to use social media to lure a military officer into a trap and assassinate him.

Other arrests involving alleged IS operatives included a cell of 15 Saudis broken up around the beginning of 2015. They built explosives, setting off two test bombs, and also engaged in firearms training.