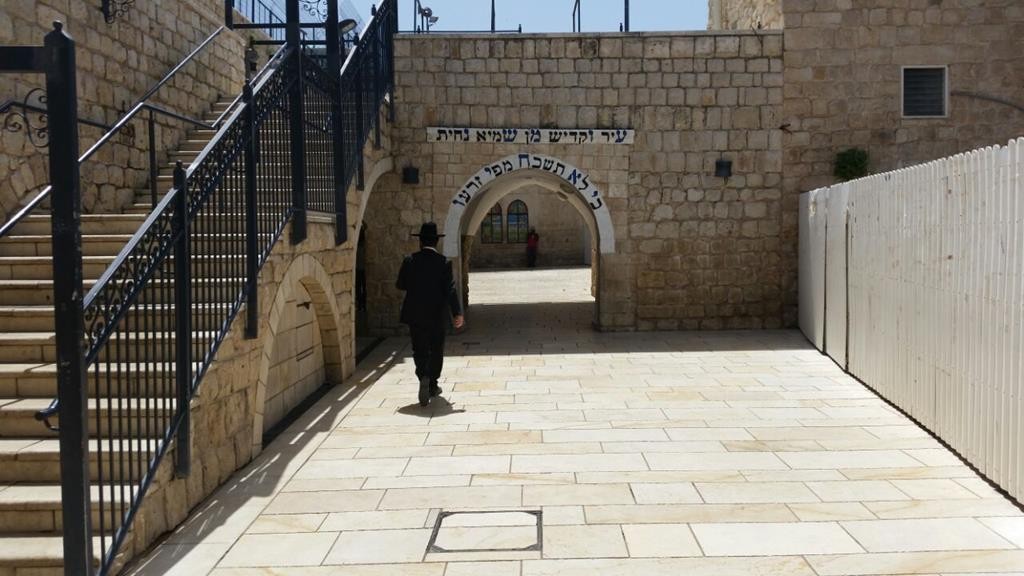 The police department is in the final stages of preparing for Operation Meron this year, which will take place next Wednesday night and Thursday. Hundreds of officers will be part of the security deployment, which is being overseen by the northern district, while the National Traffic Police will be in charge of the transportation arrangements.

The first implementation of the operation began on Sunday morning when the Tzefas Police Department and the Transportation Department took up positions on Mount Meron to ensure that no one erects sales stalls or tents at the site, and to help install the necessary infrastructure on and around the moshav. No booths or stalls will be allowed on the mountain, peddling will be banned, and no private cars will be allowed in.

The next stage will begin next Wednesday at 7:00 in the morning, when the police will deploy fully.

Access to Meron will be possible only on buses and minibuses; no private cars will be allowed. Improvements were made this year to try to help keep the passengers safe and allow access to the tziyun in as easy a fashion as possible.

For the first time, the parking lots and buses will work on a color- coded system. Red, yellow and blue sign-posting, paths and bus cards will direct passengers to where their buses are parked.

In the two parking lots opposite Meron, the yellow cards and signposting will be for buses coming from distant cities. Buses from closer cities will be blue.

Buses and shuttles that will carry passengers to and from further parking lots will have red cards and signposting.

All buses and shuttles will drop passengers off on the traffic route at the entrance to Moshav Meron. Those buses, which are supervised by the Transportation Ministry, will have access to closer parking lots, while private companies will have to bring their passengers to the distant parking lots of Ein Hozim and Parod (sign-posted in red), from which shuttles will take them to the drop off point.

Officials have emphasized that it is far safer to travel on organized buses than by private car, as the bus drivers are supervised by their companies’ safety officers. Traffic Police will conduct spot checks of public transportation drivers in order to ensure that passengers are safe. They will also set up roadblocks to prevent any private cars from passing through. It will not be possible to bypass these checkpoints, as police will also be stationed on the dirt paths leading to Meron. Any private cars that park on the shoulders of the roads will be towed.

Those using public transportation will be able to stop at the Mehadrin Yokneam rest stop.

The police are imploring the public, for their own safety, not to climb on fences, electric poles, bus stops or trees, and to use only the marked paths for pedestrians. No one should walk on roads that are designated for vehicles, for their own safety. People are being urged to keep a very close eye on little children.

If the weather is hot, people are asked to drink a lot of water.

The police will oversee the scene and, if necessary, will make use of a loudspeaker system to make announcements.

Arrangements for Those Who Reserved Guest Rooms

Residents living near Meron will be allowed to access the closed off roads with private cars after presenting an ID card with the address printed on it.

Anyone who has ordered rooms in Meron will be asked to present confirmations of their reservations. No private cars will be allowed into Meron after 7:00 a.m. on Wednesday, even for those with the necessary approvals.

Guests who took rooms in the area around Meron will be allowed to travel back home. However, cars that were granted access onto the actual yishuv will not be able to leave until after the hilula is over. Drivers should pay attention to changes in the traffic arrangements.