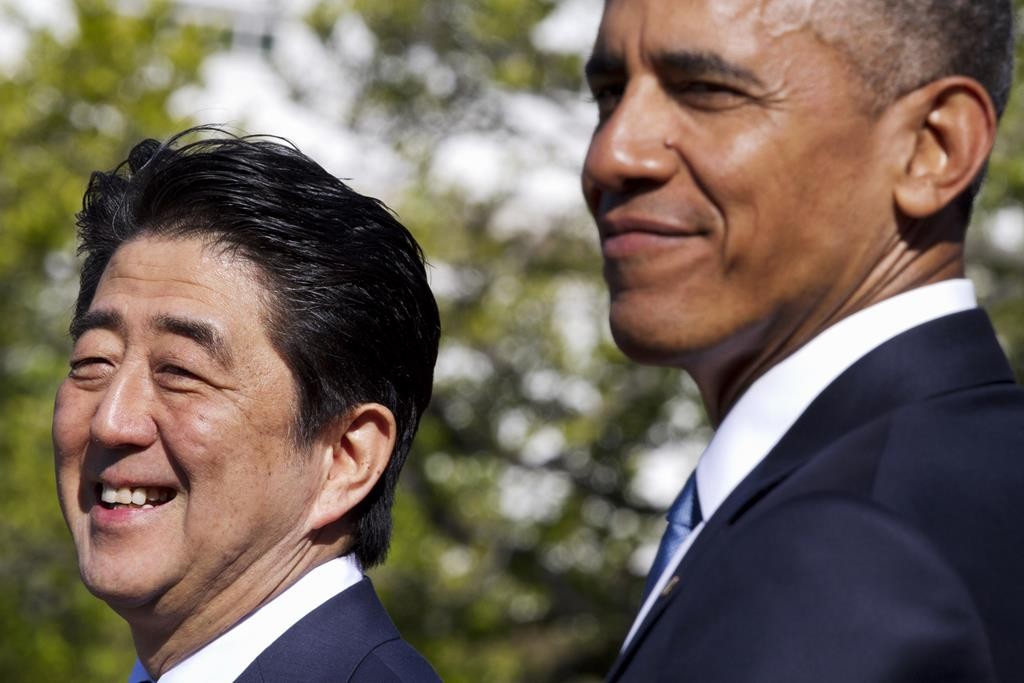 President Obama acknowledged the challenge he faces winning congressional support for a major Asia-Pacific trade deal that has become a cornerstone of his second-term agenda. “It’s never fun passing a trade bill in this town,” the president said as he and Japanese Prime Minister Shinzo Abe declared their determination to see the deal through.

Both Obama and Abe face domestic pressures on trade that have not only created sticking points between Japan and the United States, but have also complicated Obama’s ability to win support for a broader 12-nation Trans-Pacific Partnership agreement.

With Japan and the U.S. as the largest economies in those negotiations, resolving their own differences could go far in paving the way for the more extensive trade deal.

“I know that the politics around trade can be hard in both our countries,” Obama said, as Abe stood by his side during a Rose Garden news conference.

While Abe’s visit to the White House was not expected to yield a trade breakthrough, the lack of a final accord between the two nonetheless stood out given agreement in other areas, particularly on changes to U.S.-Japan defense guidelines — an area where both countries share more common ground. The new rules boost Japan’s military capability amid growing Chinese assertiveness in disputed areas in the East and South China Sea claimed by China.

Referring to the trade barriers on vehicles that have been one of the main sticking points in the U.S-Japan trade talks, Obama said: “There are many Japanese cars in America, I want to see more American cars in Japan as well.”

Abe said he is eager to see “the early conclusion” of the Trans-Pacific Partnership agreement, adding that on outstanding issues over trade barriers “we welcome the fact that significant progress was made.”

Before completing the deal, however, Obama must win expanded negotiating authority from the U.S. Congress, a difficult task given opposition from liberals and labor unions who say they fear the loss of American jobs. As a result, Obama’s stiffest resistance has come from members of his own Democratic Party.

Abe faces his own trade politics at home. Japan has longstanding protections for politically powerful farm interests. Moreover, an aging population and changing tastes have lowered the consumption of rice, resulting in significant surpluses that Japan has protected with tariffs and other supports.

Still, Obama said: “I know that Prime Minister Abe, like me, is deeply committed to getting this done, and I’m confident we will.”

China’s economic and military footprint hung over the Abe visit. In the face of China’s rise, Obama has sought to display more U.S. economic and security might in the Asia-Pacific region.

He said the United States sees China as a booming potential market and partner for U.S. development overseas, noting that hundreds of millions of Chinese have been pulled out of poverty in recent years. But he acknowledged “some real tensions” over China’s maritime claims.

“They feel that rather than resolve these issues through normal international dispute settlements, they are flexing their muscles,” he said. “We’ve said to China what we should say to any country in that circumstance: That’s the wrong way to go about it.”