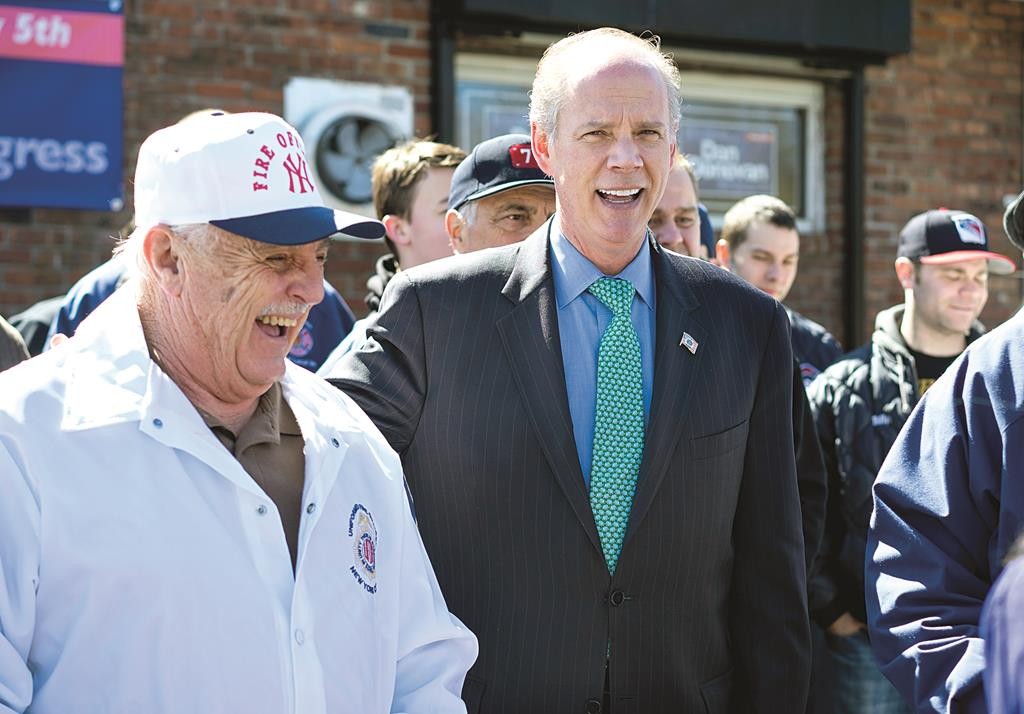 New York is holding a special election on May 5 to fill a congressional vacancy as well as one in the state Assembly.

The 11th Congressional District, which covers Staten Island and a small part of southern Brooklyn, is vacant due to the resignation of Republican Rep. Michael Grimm.

The Republican candidate is Daniel Donovan, Staten Island’s district attorney who led the grand jury investigation into the death of Eric Garner. The case of the black man killed during an arrest attempt has been a theme in the race, with a protester yelling “I can’t breathe,” a reference to Garner’s last words, at the only debate.

The Democrat is Councilman Vincent Gentile. The district is the most conservative one in the city and Donavan is expected to win handily.

The race is notable for an anomaly — there’s no candidate on the Democratic line. The candidate put forward by the county Democratic party failed to file the required paperwork before the deadline.

Instead, Democrats are running on other parties’ lines. The Working Families Party candidate is Diane Richardson, Shirley Patterson is on the Independence Party line, and Geoffrey Davis is running on another line. Menachem Raitport is running on both the Republican and Conservative lines.