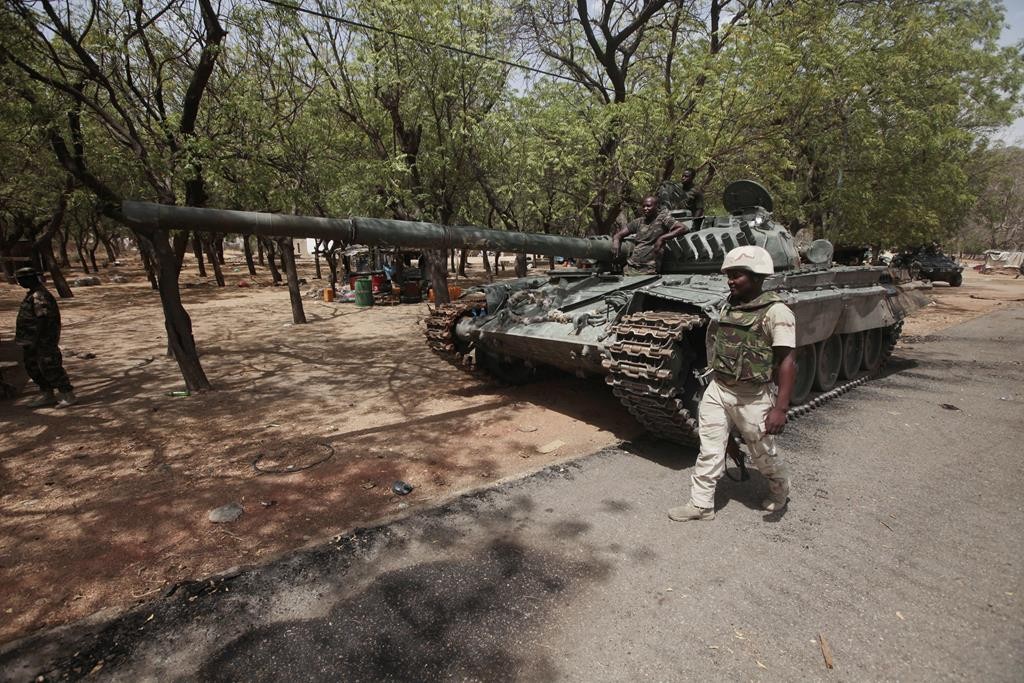 Nigeria’s army has rescued 200 girls and 93 women during a military operation to wrest back the Sambisa Forest from the Boko Haram Islamist terrorist group, it said on Tuesday.

Boko Haram kidnapped more than 200 schoolgirls near the northern village of Chibok in April 2014, causing an international outcry. The six-year insurgency has seen thousands killed and many more abducted.

“Troops this afternoon rescued 200 girls and 93 women from Sambisa Forest. We cannot confirm if the Chibok girls are in this group,” army spokesman Major General Chris Olukolade said, adding Nigerian troops had also destroyed three camps run by the terrorists there.

Diplomats and intelligence officials say they believed at least some of the girls were being held in the forest about 60 miles from Chibok, although U.S. reconnaissance drones failed to find them.

The girls and women will be screened on Wednesday to determine whether they had been abducted or if they were married to the terrorists, one intelligence source told Reuters.

Some of the girls were injured, and some of the terrorists killed, he said, without giving more details.

The group was rescued on Tuesday afternoon from camps “discovered near or on the way to Sambisa,” one army official said.

Nigerian forces backed by warplanes invaded the vast former colonial game reserve late last week as part of a push to win back territory from the group.

The group, notorious for violence against civilians, controlled an area roughly the size of Belgium at the start of the year but has since been beaten back by Nigerian troops, backed by Chad, Niger and Cameroon.

While the Nigerian army maintains the group is now hemmed in Sambisa Forest, Boko Haram has managed to launch attacks in the neighborhood including chasing soldiers out of Marte town and an island on Lake Chad.