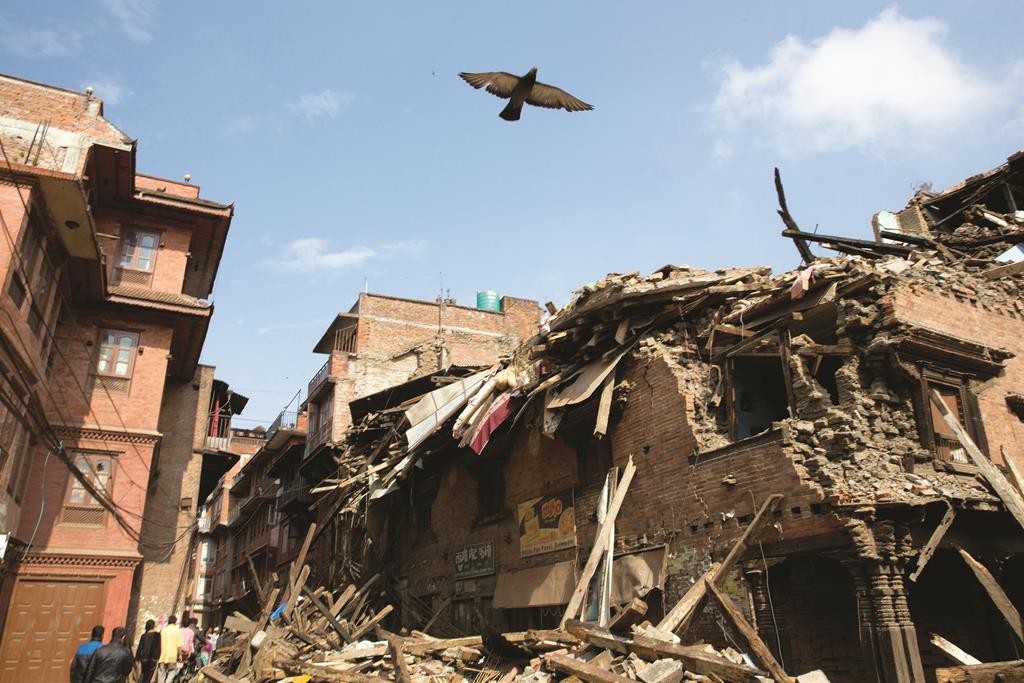 Wedged between the two rising Asian powers of China and India, landlocked Nepal watched rescuers and offers of help pour in from both sides within hours of an earthquake that has killed more than 4,700 people.

India, the traditional power in the region, launched Operation Friendship soon after the quake Saturday. It has sent the most help so far, deploying 13 aircraft and more than 500 rescuers as well as sending water, food, equipment and medical supplies.

China, increasingly making inroads in Nepal through everything from infrastructure investment to increased tourism, also pledged all-out assistance within hours of the disaster. It has sent 62 rescuers plus blankets, tents and generators and announced plans to send four planes and an additional 170 soldiers.

The largesse of recent days is a microcosm of something much larger. It represents a subtle brand of disaster politics, a curious but understandable focus on strategically located Nepal, one of the poorest nations in its region but — clearly — a pocket of regional importance for powerful neighbors jockeying for position.

Nepal’s population of 27 million traditionally has fallen under India’s economic and political sway. India, also a predominantly Hindu nation, considers Nepal within its traditional sphere of influence, and as many as 3 million Nepalese live and work in India.

But recent years have seen Nepal forge closer ties with China as a counterweight, and Nepal’s government has assured Beijing it will not tolerate any anti-China political activism by Tibetans in Nepal.

An increasingly expansive Beijing, meanwhile, is eager to court the Nepalese government as it opens trade routes south and westward and seeks to keep the neighboring country’s exiled Tibetan community from fomenting unrest across the border in China-controlled Tibet.

With nearly $4 trillion in foreign currency reserves and a vast engineering and manufacturing capacity, China is likely to play a major role in Nepal’s rebuilding. China has been planning to extend railway tracks to the border with Nepal that may eventually connect to Kathmandu.

All these investments are part of Beijing’s ambitious plans to build infrastructure across a broad swath of southern and Central Asia, as highlighted in a recent pledge to invest as much as $46 billion in Pakistan.

Pakistan, which sent four C-130 aircraft to Nepal by Monday, views its neighbor as a supportive but independent voice in the region, while India feels it needs to keep Nepal on its side as China boosts its involvement there, said Pakistani defense analyst Talat Masood, a former army general.

According to Nepal’s army, which is involved in the rescue effort, rescuers and medical teams from at least a dozen countries are already in the country and helping. Even tiny Himalayan neighbor Bhutan, which expelled ethnic Nepalese in the 1990s, has a medical team on hand. Israel sent a team on Sunday. And according to the army, teams from Russia, Japan, France, Switzerland and Singapore will arrive in the next couple of days.