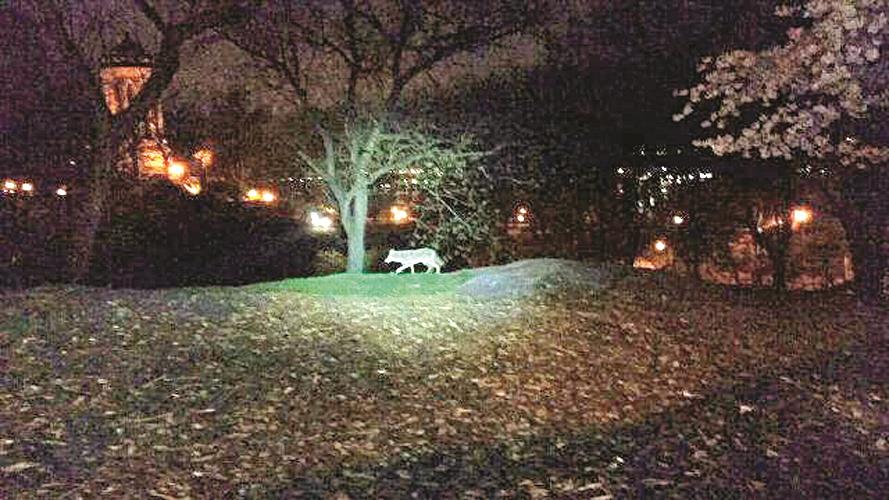 One moseyed around Manhattan’s East Village. Another was caught in trendy Chelsea. Yet another rambled through a Hudson River park this week.

A string of coyote sightings in Manhattan has drawn new attention to the wily critters that have been spotted periodically in New York since the 1990s. Experts say New Yorkers should expect to see more of them as they become more comfortable adapting to city streets and parks. Call it coyote urban.

“I would say that this is going to be a new normal: that coyotes are going to continually show up in downtown New York City,” says Daniel Bogan, a coyote researcher at Siena College.

At least four coyotes have been spotted around Manhattan so far this year, and one was seen clambering around on the roof of a Queens bar before disappearing, says Sarah Aucoin, the director of the city’s Urban Park Rangers program. Three of the animals were captured in Manhattan and released in Bronx parks.

Police chased after the fourth last Wednesday in Manhattan’s Riverside Park, even using a helicopter until the animal secreted itself in deep brush near Grant’s Tomb.

There’s no firm count of coyotes in the nation’s biggest city, but the population is probably at least in the teens, says wildlife biologist Chris Nagy, a co-founder of the Gotham Coyote Project.

Coyotes were once creatures of Midwestern plains and southwestern deserts. But they have dramatically expanded their range in the last two centuries, partly because of declines in their predators, such as wolves and cougars, experts say.

Although coyotes have been hunted for sport and killed as threats to livestock, they’re now found from coast to coast. There are an estimated 30,000 in New York state since their debut in the 1930s.

Hardy and omnivorous, they’ve appeared in cities from San Francisco to Detroit to Chicago, where one coyote popped into a downtown sandwich shop in 2007 and researchers have tracked hundreds in the area. In New York, there were at least four Manhattan sightings in 2010 and a headline-grabbing chase in Central Park in 2006.

If coyotes have acclimated themselves to living among people, it doesn’t necessarily go both ways.

The animals are generally shy but sometimes go after people and pets. There have been two coyote attacks in northern New Jersey’s Bergen County this month; one man was bitten last week Sunday by a coyote that tested positive for rabies. Chappaqua, N.Y., has been enmeshed in bitter debate over whether and when to kill coyotes after at least 10 recent attacks on pets.

Wildlife experts say people can reduce the risk of coyote conflicts by not feeding them and securing trash and pets, among other steps.

“We’ll just have to adapt our behavior and accept the fact that they’re going to be around,” says Patrick Thomas, general curator of the Wildlife Conservation Society.