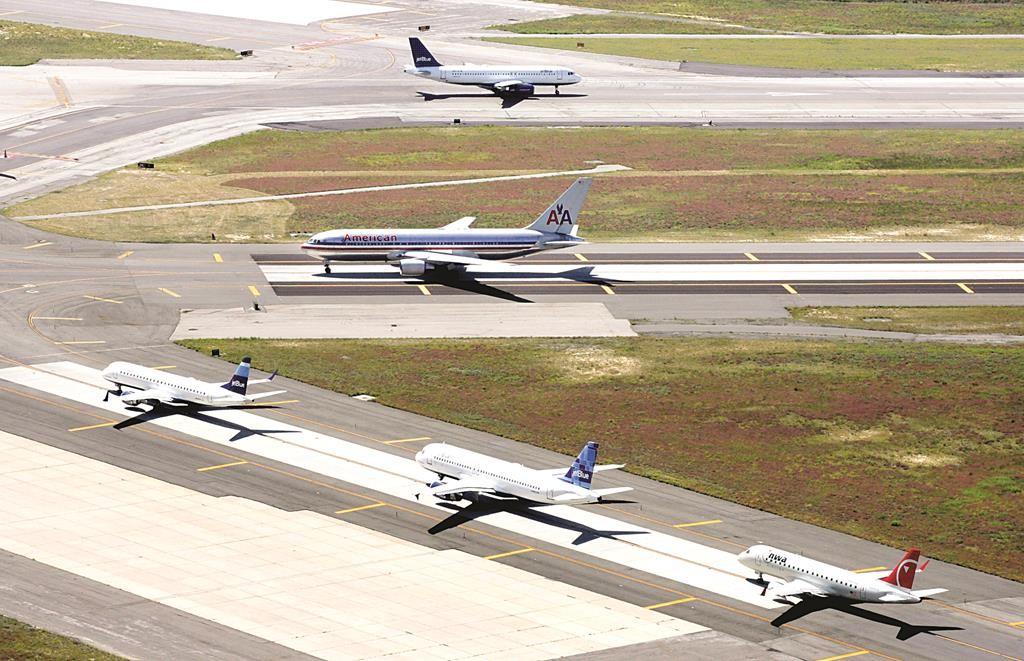 One of four runways at Kennedy Airport has been shut down for repaving and expanding, officials announced during a meeting Monday called to address residents’ concerns about aircraft noise brought on by the project.

The runway is expected to be closed for about six months.

Officials say the $450 million project will lengthen the runway by 1,000 feet to meet federal standards. Workers will also widen it from 150 feet to 200 feet to accommodate larger aircraft.

The Port Authority also plans to install high-speed taxiways. Officials say those could lower the number of flight delays.

But until then, the closure could create a traffic jam in the skies above New York City. When the winds are calm and visibility is clear, the closure of one runway doesn’t cause major disruptions at JFK, which has four runways and rarely operates all four at the same time. But during inclement weather, the loss of that runway could cause a ripple effect of delays at all three of the major airports in the crowded skies above New York.

“It’s probably the most complex air space in the world. When you create limitations in one part of it, it has effects in other parts of it, including other airports,” said Robert Mann, an airline industry analyst and consultant based in Port Washington. “It may limit the capacity of (each) airport in terms of the number of hourly arrivals and departures that can be handled.”

“If you change (the runway) at Kennedy, you have to change at LaGuardia, and you also have to change the orientation of Newark and Teterboro,” Mann said. “The New York metropolitan air traffic terminal area is really like a spaghetti bowl. If you move the spaghetti in one area, you have to move it in the other area.”

The good news is that once this runway project is completed, the final product will be longer, wider and safer, allowing it to handle giant international planes. It will be completely resurfaced with concrete, and the electrical and lighting systems will be replaced. The longer length will provide a bigger safety zones for planes that overshoot the runway while landing, meeting a new FAA safety mandate.

But that’s not much consolation for this summer’s travelers.

“When things get very congested, they may invoke ground stops at flight origins for flights destined to the New York airports just because they know they’re not going to be able to handle them until later,” Mann said. “So when you’re sitting in Dallas and you’re ground-stopped for your flight to LaGuardia, it may be due to weather. It may be due to the congestion. Or it may be due to a change that was made at Kennedy.”