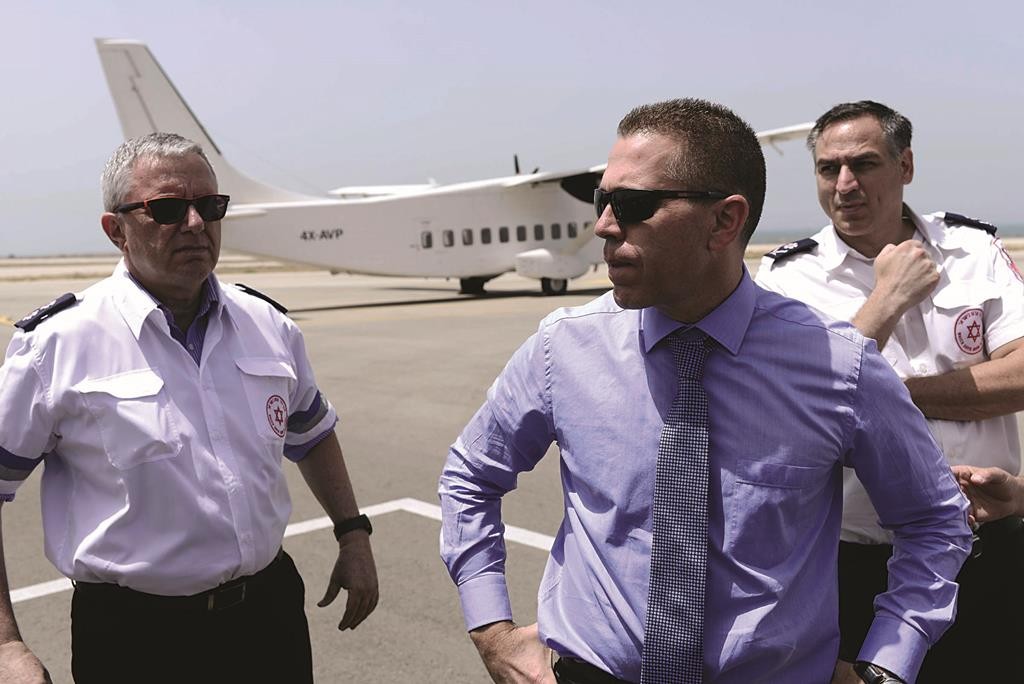 Four Israelis were rescued from the scenes of earthquake and avalanche at Mount Everest on Monday, but fears grew for the safety of approximately 50 Israelis still missing.

A rescue team sent by the Israeli insurance company Harel took the four trapped climbers off the slopes of Everest. All four were in good health, Army Radio reported.

The Foreign Ministry said it was still not able to make contact with many Israelis who had been traveling in remote regions of Nepal when the earthquake struck, though the number was down from 150 on Sunday. Nepalese authorities have yet to restore communications with numerous villages that were assumed damaged or devastated by the magnitude 7.8 earthquake and serious aftershocks.

The Foreign Ministry has said that the Israelis are likely to be safe, but have as yet been unable to confirm their condition due to continued electrical outages and bad weather. Mark Sofer, the Foreign Ministry’s deputy director general for Asia and the Pacific, is in Kathmandu to oversee Israel’s rescue efforts.

A message was sent from Langtang, Nepal, saying that a group of 11 Israelis had only enough food for another two days, and told of other dangers as well. It talked of shots being fired at night and looting incidents, according to Ynet.

Oranit Grossman from Zichron Yaakov and her 22-year-old son Tomer are reportedly in a village cut off by the devastation. The Foreign Ministry said it knew of their situation and was doing everything it could to reach the two.

Back in Israel, worried parents of travelers stranded in Nepal demonstrated in front of the Foreign Ministry in Yerushalayim, demanding a better official response to their pleas for help and information. In particular, they urged that search efforts be intensified to include the Gosaikunda Lake area, a well-known destination for Israeli backpackers.

“Until now we have had to constantly chase after officials and try to find pieces of information, and we do not know anything,” one mother told Army Radio.

“The situation there is chaotic — it’s total chaos — so we’re trying to reach our children as quickly as possible,” one father added.

Foreign Ministry CEO Nissim Ben Shitrit invited the parents into the “situation room” to brief them on the rescue operation, emphasizing that no money or effort is being spared to find every missing Israeli.

Meanwhile, on Monday, an IDF 747 jet carrying 250 medical and rescue personnel and supplies, including a field hospital, took off from Ben Gurion Airport for Kathmandu, after aftershocks caused a delay on Sunday. The plane was the second shipment of aid on Monday; another IDF plane with 90 rescue workers and supplies also departed that day. A third plane, also a 747, was scheduled to depart at 10 p.m. Israel time.