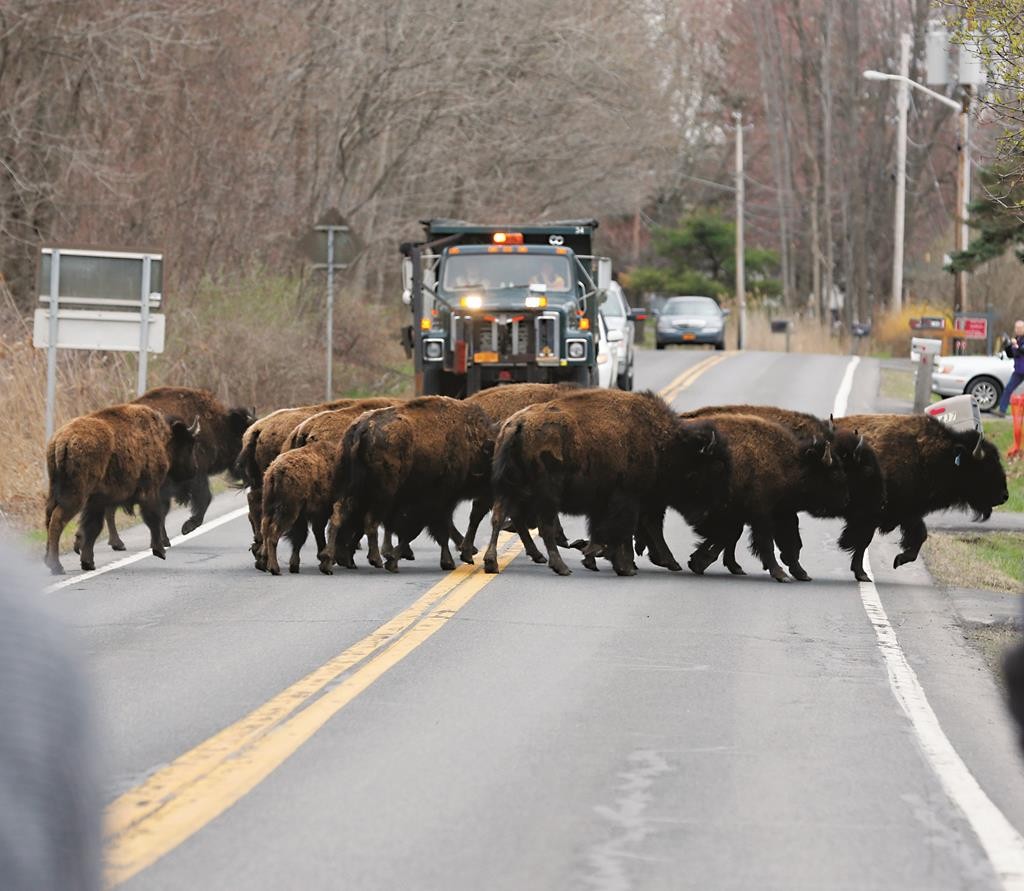 Fifteen buffaloes that escaped from a farm were intentionally shot and killed Friday after they dashed past a group of police, crossed a major highway and ended up near some schools, authorities said.

“The last thing we wanted to do was put these animals down,” Albany County Sheriff Craig Apple said. “But it wasn’t a safe scene.”

Three men hired by the farm opened fire on the animals Friday afternoon in woods after experts agreed tranquilizers would not be effective because of their thick hides and no portable corrals or trailers could hold the animals.

They escaped Thursday from a farm across the Hudson River in the Rensselaer County town of Schodack. The owner believes they swam across the river, wandered across a busy stretch of Interstate 87 as a police helicopter tracked them.

The killing of the buffaloes, which were confined in a stream bed, turned chaotic at the start, with deputies detaining a hunter who refused their order to finish off one of the three buffaloes that were initially shot.

Apple said the wounded animal was floundering in the water. “We wanted that animal down,” he said, and the man continued instead to shoot blindly into the brush at the other retreating buffaloes.

“It was turning into the Wild, Wild West,” Apple said. “It was ridiculous.”