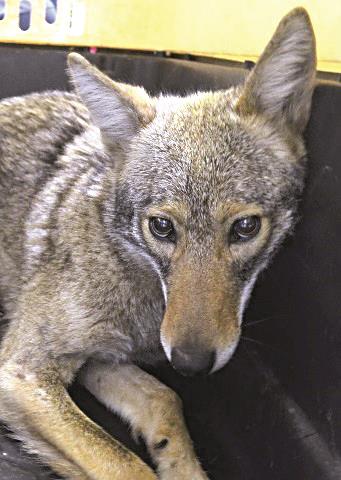 NEW YORK (AP) – A wily coyote is no match for the NYPD.

Police collared the creature near a sidewalk cafe in downtown Manhattan on Saturday morning.

The coyote was spotted shortly after 7:30 a.m. in the Battery Park City neighborhood. Officers tailed her up and down a marina and a Hudson River park for about an hour before using a tranquilizer dart to subdue her.

She is being cared for at the Center for Animal Care and Control.

It is unclear if the coyote was the same one that was spotted in Riverside Park on Wednesday. At least four coyote sightings have been reported in Manhattan this year.

NEW YORK (AP) – An airplane cleaner who was arrested on charges she pocketed nearly $15,000 worth of contraband from planes grounded in New York City has been fired. A spokesman for AirServ said Saturday that Juanette Cullum’s employment with the company “was terminated.”

ALBANY, N.Y. (AP) – Sen. Charles Schumer says the manufacturers of e-cigarettes should be prohibited from marketing to children and creating flavors that he says are designed to appeal to kids.

The New York Democrat says Sunday that the same marketing restrictions that apply to traditional tobacco products should be expanded to cover e-cigarettes.

The senator says e-cigarette makers are trying to attract young customers with flavors like gummy bear, chocolate and bubble gum.