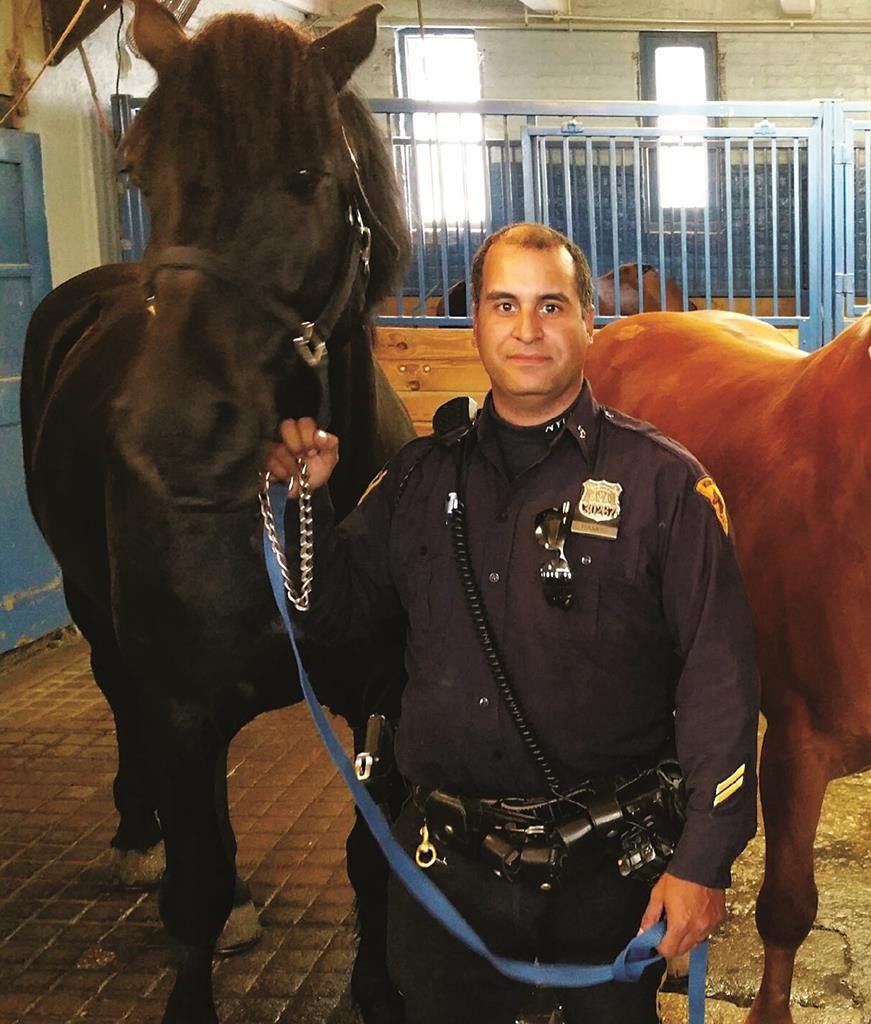 An NYPD stallion was attacked on Wednesday by a pit bull in Brooklyn.

Officer Luis Ramos and his horse, Pompey II, were on patrol just before 1 p.m. when the dog charged. It bit Pompey II in the chest and inner left leg. A second mounted officer saw the attack and responded on horseback, causing the dog to retreat to its yard.

The dog was taken to animal control pending an investigation. Pompey II is expected to make a full recovery from the abrasions and puncture wounds. He’s been prescribed rest and a few extra apples and carrots.