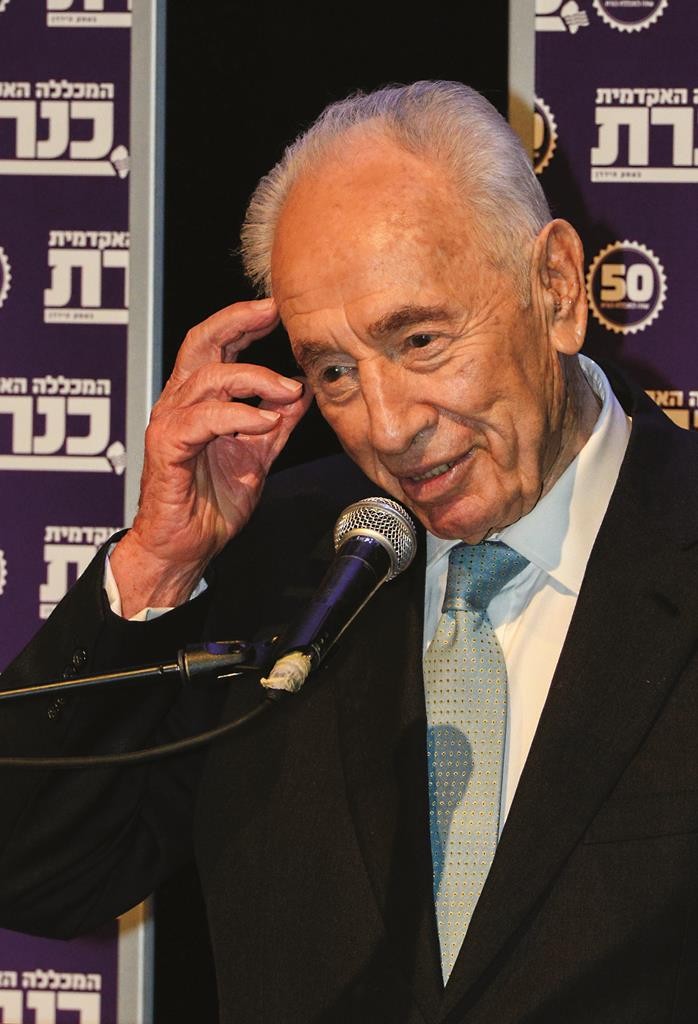 Former President Shimon Peres announced on Thursday his decision to withdraw from a deal to represent Bank Hapoalim, but denied any of the improprieties that had been alleged in the Israeli media.

Peres was to act as a lobbyist for the bank with the putative finance minister Moshe Kahlon, among others, for a fee of $30,000 a month, according to The Marker.

Peres said that the report, which had led to a wave of criticism of him, was inaccurate.

In fact, Peres maintained in an interview on Thursday, his role would have been to help a U.S. branch of the bank attract investors to Israel, and was unrelated to business or politics within Israel.

“What we agreed to and what was publicized, there was no connection between the two,” Peres said. The point, he said, “was to explain to them that Israel is a good investment. I’m essentially explaining why they should invest in Israel.”

He also said that he intended to put the money into social causes and investing in science. “I wouldn’t have done something that has the smell of money. I’m surprised they’re even asking about this, I think this is proper service. I am not a lobbyist at all,” he said.

The decision to cancel the deal was a matter of appearances, he explained, not that there would have been anything wrong in it.

“I decided that in any case, for me, it’s not really a financial issue but a public issue, and it’s important for me to maintain public trust, so I canceled the deal and the that’s the end of it,” he said.