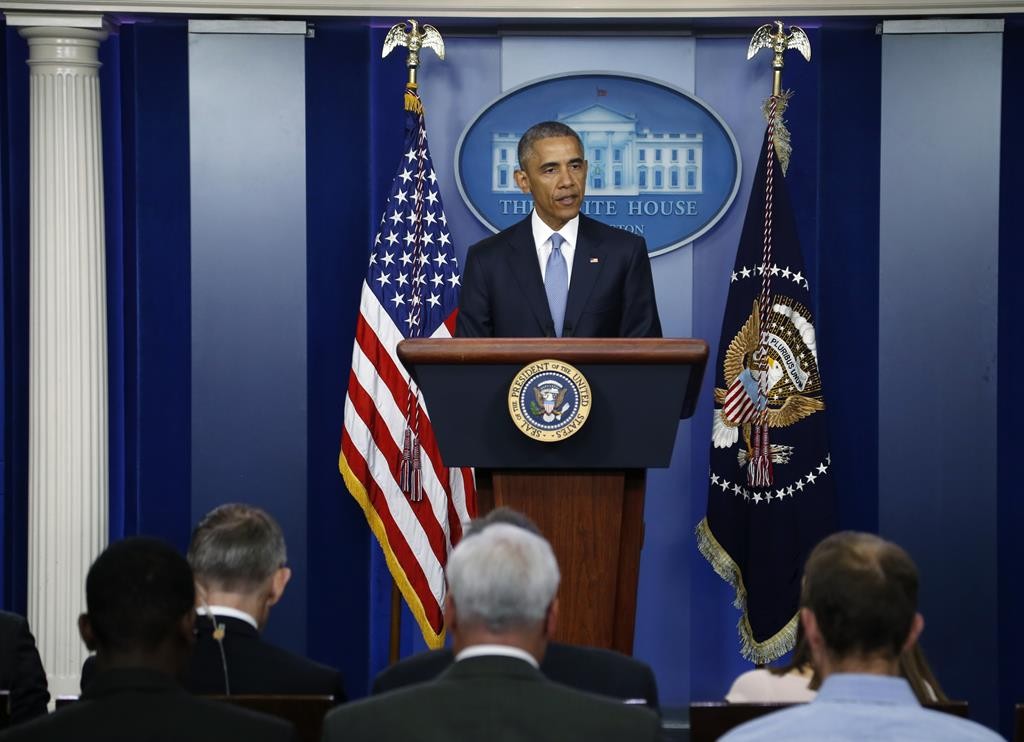 Blaming the “fog of war,” President Obama revealed Thursday that U.S. drone strikes in Pakistan inadvertently killed an American and an Italian, two hostages held by al-Qaida, as well as two other Americans who had leadership roles with the terror network.

Obama said he took full responsibility for the January CIA strikes and regretted the deaths of hostages Warren Weinstein of Rockville, Maryland, and Giovanni Lo Porto, an Italian aid worker. The president cast the incident as a tragic consequence of the special difficulties of the fight against terrorists.

The incident is likely to spark fresh scrutiny of Obama’s frequent use of drones to target terrorists and his pledge to strike only when there is “near certainty” that no civilians will be harmed.

Weinstein, who was captured as he neared the end of a contract assignment with the U.S. Agency for International Development, and Lo Porto were killed during a drone strike against an al-Qaida compound in Pakistan, near the Afghan border. U.S. officials said the compound was targeted because intelligence showed it was frequented by al-Qaida leaders. That same intelligence offered no indication the hostages were there, the officials said.

Ahmed Farouq, a dual U.S.-Pakistani national who was an al-Qaida operations leader in Pakistan, was killed in the strike, along with a small number of members of the terror organization, the officials said. Adam Gadahn, an American who served as an al-Qaida spokesman, was killed in a separate strike on a second compound.

“It is a cruel and bitter truth that in the fog of war generally and our fight against terrorists specifically, mistakes — sometimes deadly mistakes — can occur,” Obama said at the White House.

“We believed that this was an al-Qaida compound, that no civilians were present and that capturing these terrorists was not possible,” Obama said. “And we do believe that the operation did take out dangerous members of al-Qaida.”

The president said he had ordered a review of the incidents to help identify any changes that might be made to prevent similar deaths in the future.

The CIA drone program has killed al-Qaida leaders, Pakistani Taliban fighters and other terrorists hiding in tribal regions, sparking anger across Pakistan over allegations of widespread civilian casualties. Since 2004, the U.S. has carried out some 400 suspected drone strikes in Pakistan, according to the New America Foundation’s International Security Program, which tracks the American campaign.