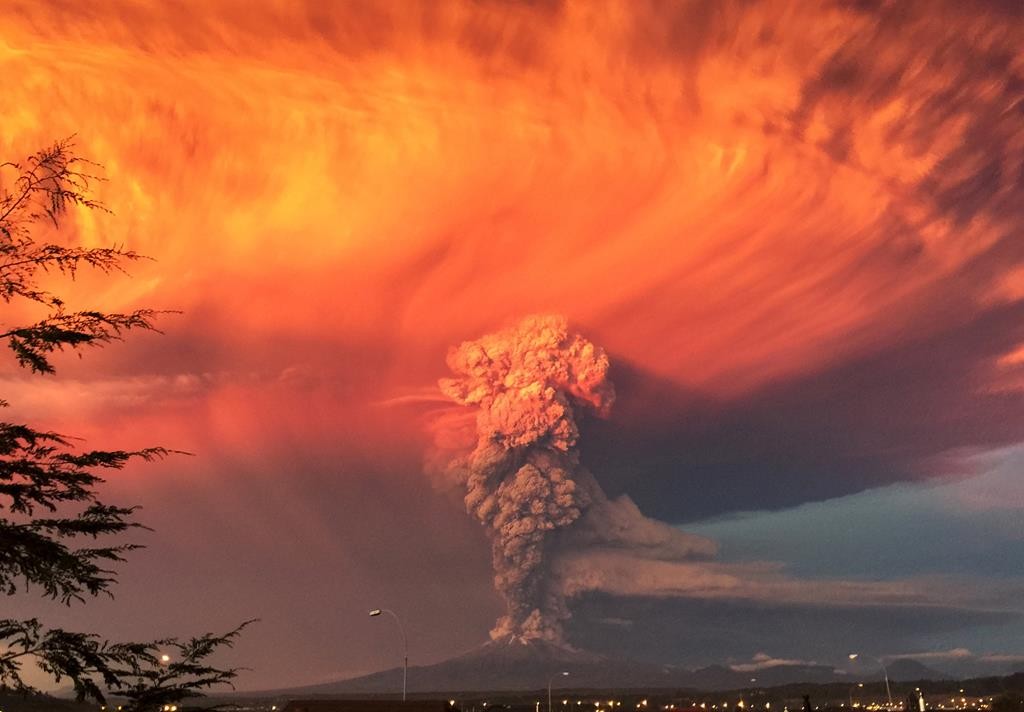 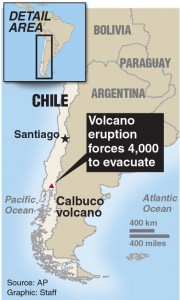 An ash cloud from the Chilean volcano Calbuco on Thursday covered several towns in Chile and across the Andes in neighboring Argentina.

The Calbuco volcano in southern Chile erupted Wednesday after lying dormant for 43 years, prompting the evacuation of about 45,000 people.

The authorities said the volcano some 500 miles south of Chilean capital Santiago erupted again in the early hours of Thursday, and noted that further eruptions were likely. Chilean President Michelle Bachelet was traveling to the area.

The Chilean town of Ensenada was covered in 20 inches of ash, and about 4,000 people needed to be evacuated, the Chilean National Emergency Office said Thursday. Schools in the area around the volcano were closed.

Domestic flights to Puerto Montt airport in Chile were suspended, authorities said. The town lies 30 miles from the volcano and has a population of around 240,000.

The wind carried the ash east across the Andes, with San Martin as the worst-affected town.

“It is 10 a.m. and it’s dark as if it were nighttime. You cannot see anything, it’s like a very dense fog,” one San Martin resident told dpa.

Cars, houses and the ground were covered in several inches of very fine volcanic ash with a strong smell of sulfur, and the air made many people’s eyes and throats itch.