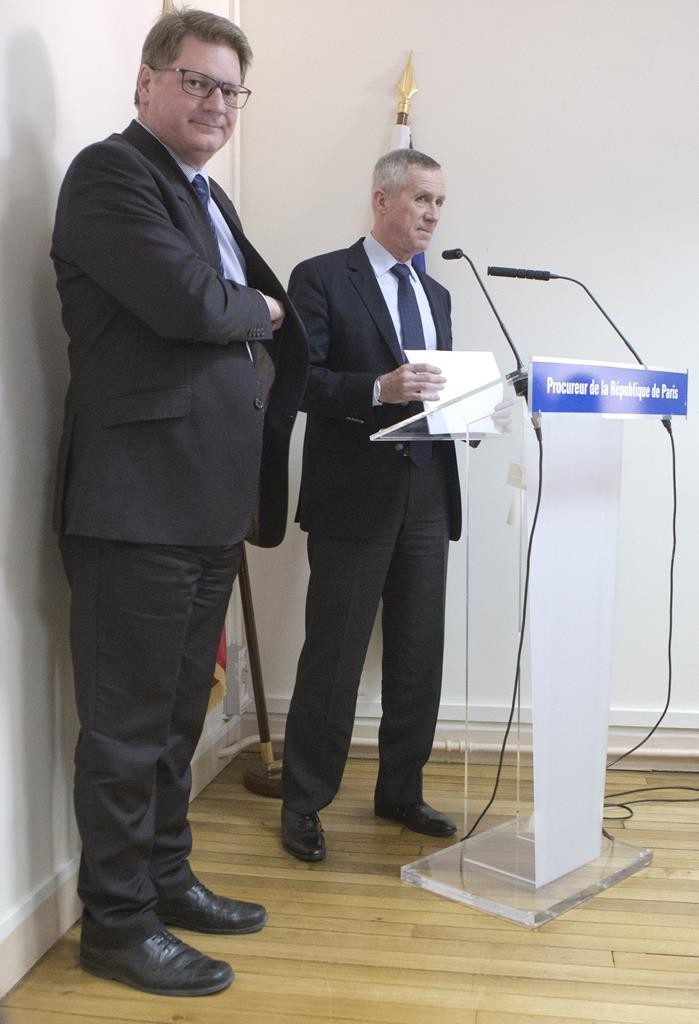 An Islamic terrorist with an arsenal of loaded guns was prevented from opening fire on churchgoers only because he accidentally shot himself in the leg, French officials said Wednesday.

The 24-year-old computer science student, had been flagged as a risk for intent to travel to Syria but there had been no specific reason to open a judicial investigation, Interior Minister Bernard Cazeneuve said Wednesday.

Paris Prosecutor Francois Molins said the suspect — an Algerian who had lived in France for several years — was arrested in Paris Sunday after he apparently shot himself by accident and called for an ambulance.

He was waiting outside his apartment building for first aid when police arrived. They followed a trail of blood to his car, which contained loaded guns, and notes about potential targets.

A search of his apartment in southeastern Paris turned up more weapons including three Kalashnikov assault rifles along with phones and computers that police used to establish that he’d been in communication with someone “who could have been in Syria,” Molins said at a news conference.