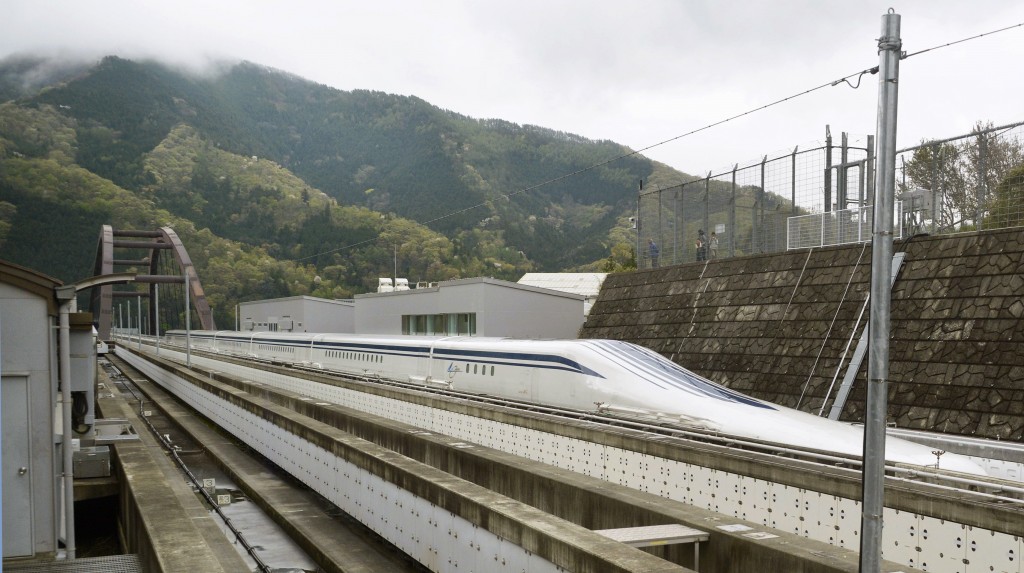 A Japanese maglev that is the fastest passenger train in the world has broken its own speed record.

Japan’s high-speed rail services are among the most advanced in the world, with hundreds of trains running each day with minimal delays. However, unlike regular shinkansen or “bullet trains” that run on steel rails, magnetic levitation trains hover above rails, suspended by powerful magnets.

The Maglev Test Line, near Mount Fuji about 80 kilometers (50 miles) west of Tokyo, is developing technology for use on a future 410-kilometer (250-mile) link that will reduce travel time between Tokyo and Osaka to just over an hour. The current minimum by bullet train is nearly three hours.

The maglev trains, begun as a project of Japan Airlines and the national railways with government support, have undergone decades of testing. Construction of the Tokyo-Osaka link, which is expected to cost more than 9 trillion yen ($76 billion), began in 2014.

The line, which will mostly run under mountains, is due to begin operations in the late 2020s. A similar system operates in Shanghai, linking its airport in the seaside suburbs of Pudong to the city’s subway system.