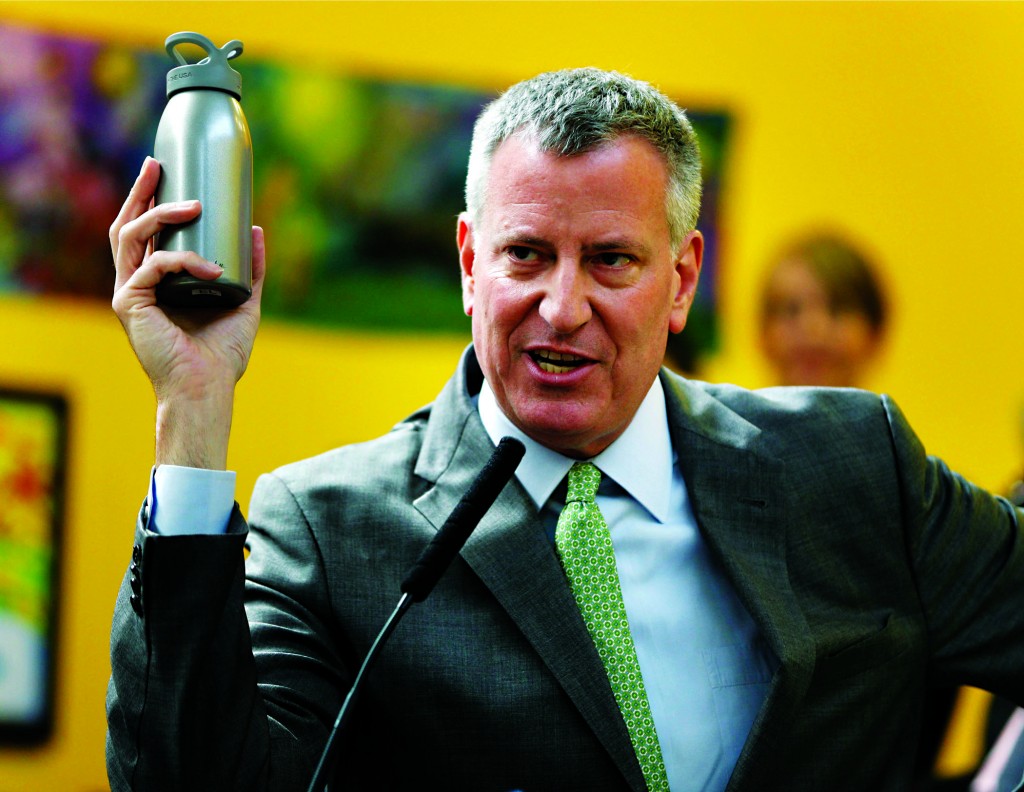 The lives of New Yorkers are set to be radically changed by the announcement Wednesday of a far-reaching effort to limit the nation’s biggest city’s impact on the environment by reducing its waste output by 90 percent by 2030.

Mayor Bill de Blasio unveiled his sweeping OneNYC plan, which includes an overhaul of the city’s recycling program, incentives to reduce waste and tacit support for the City Council’s plan to dramatically reduce the use of plastic shopping bags.

New York, with about 8.5 million residents, would be the largest city in the Western Hemisphere to adopt such a plan, which aims to reduce the amount of its waste by more than 3 million tons from its 2005 level of about 3.6 million tons.

“The average New Yorker throws out nearly 15 pounds of waste a week, adding up to millions upon millions of tons a year,” de Blasio said. “To be a truly sustainable city, we need to tackle this challenge head on.”

For decades, the city’s trash has been exported by rail or barge to South Carolina, Virginia, New Jersey, Pennsylvania or upstate New York. The new plan would eliminate almost all the garbage exports, which cost more than $350 million annually.

The amount of waste in the city has fallen 14 percent since 2005 because of an increase in recycling, and a key component of the plan is to bolster that output by simplifying the process.

Currently, residential buildings have two types of recycling bins. The city’s new single-stream plan, already used by other cities, would consolidate all recycling into one bin by 2020.

Organics — such as food scraps and yard waste — make up 31 percent of the city’s residential waste stream. A program to collect that material directly from residents’ homes is expanding to nearly 200,000 residents by year’s end, and city officials want to serve every home by the end of 2018. The city also will offer economic incentives to participate, including potentially a property tax rebate for homeowners.

The city also aims to reduce commercial waste by 90 percent by 2030 by adopting a program similar to what’s used in residential buildings. That could also mean tax incentives for participating businesses and fines for ones that don’t.

The mayor stopped short of endorsing a City Council bill that proposes a 10-cent fee on plastic bags, but officials said reducing their use is a priority.

A spokeswoman for de Blasio said some of the funding for the program would be revealed in next month’s budget proposal.