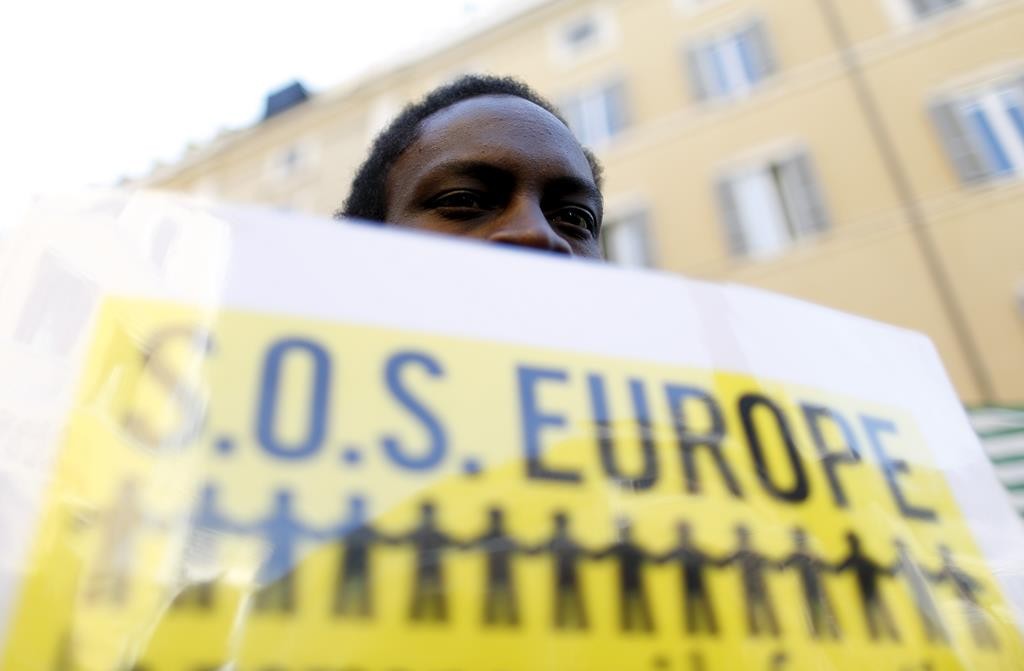 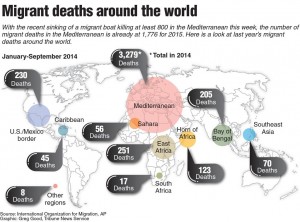 The United Nations refugee agency said Tuesday that more than 800 people were believed to have drowned in the weekend sinking of a boat packed with migrants trying to reach Europe, making it the deadliest such disaster in the Mediterranean.

New details of the tragedy emerged as the U.N. High Commissioner for Refugees and other aid agencies interviewed some of the 28 survivors who arrived overnight in Catania, Sicily.

Survivors put the number of passengers on board the three-deck fishing trawler at 850, according to UNHCR spokesman Adrian Edwards in Geneva. Only 24 bodies have been recovered.

“From available information and the various accounts we’ve had, UNHCR now believes the number of fatalities to have been over 800, making this the deadliest incident in the Mediterranean that we have recorded,” Edwards told reporters in Geneva.

Prosecutors in Catania said a special email address had been set up for relatives, friends and acquaintances of the victims in hopes of determining who was on board.

Still, they acknowledged the exact death toll may never be known. ‘’No facts have emerged that can be helpful to determine in a more precise way the number of dead,” prosecutors said in a statement.

The International Organization for Migration said the rate of migrant deaths in the Mediterranean this year is far higher than in 2014, when a total of 3,279 migrants died. That, in turn, was much higher than in 2013, when around 700 people died, the agency said.

Among the arrivals overnight were two suspected smugglers, who were immediately detained for investigation of aiding and abetting illegal immigration. The captain also was being investigated for multiple counts of manslaughter and causing a shipwreck. The two were to be questioned later Tuesday.

Survivors told aid workers the wreck was caused when one of the smugglers crashed the boat against the Portuguese-flagged King Jacob container ship that had responded to a distress call, according to UNHCR spokeswoman Carlotta Sami. Most on board were unable to escape because they were locked below deck on the trawler’s lower two levels.

The weekend deaths have jolted the European Union into trying to come up with a plan to address the crisis, with Italy demanding that it not be left alone to shoulder the burden of rescues and that the EU focus on preventing the boats from leaving Libya.

Combatting the smugglers by arresting the ringleaders and destroying their boats is emerging as a key part of Europe’s 10-point proposal for an emergency summit in Brussels on Thursday. Italy has arrested more than 1,000 smugglers, most of them the boats’ navigators and not the masterminds.

The coast guard, meanwhile, reported that it saved some 638 migrants in six different rescue operations on Monday alone. On Tuesday, a further 446 people were rescued from a leaking migrant ship about 80 miles south of the Calabrian coast.

The smugglers use a variety of boats for their crossings, from rubber Zodiac-type boats to wooden fishing vessels and even old cargo ships. They are almost always overcrowded to maximize the revenue of the smugglers, who charge between 1,000 and 1,500 euros (dollars) for the crossing from Libya, where most trafficking operations originate.