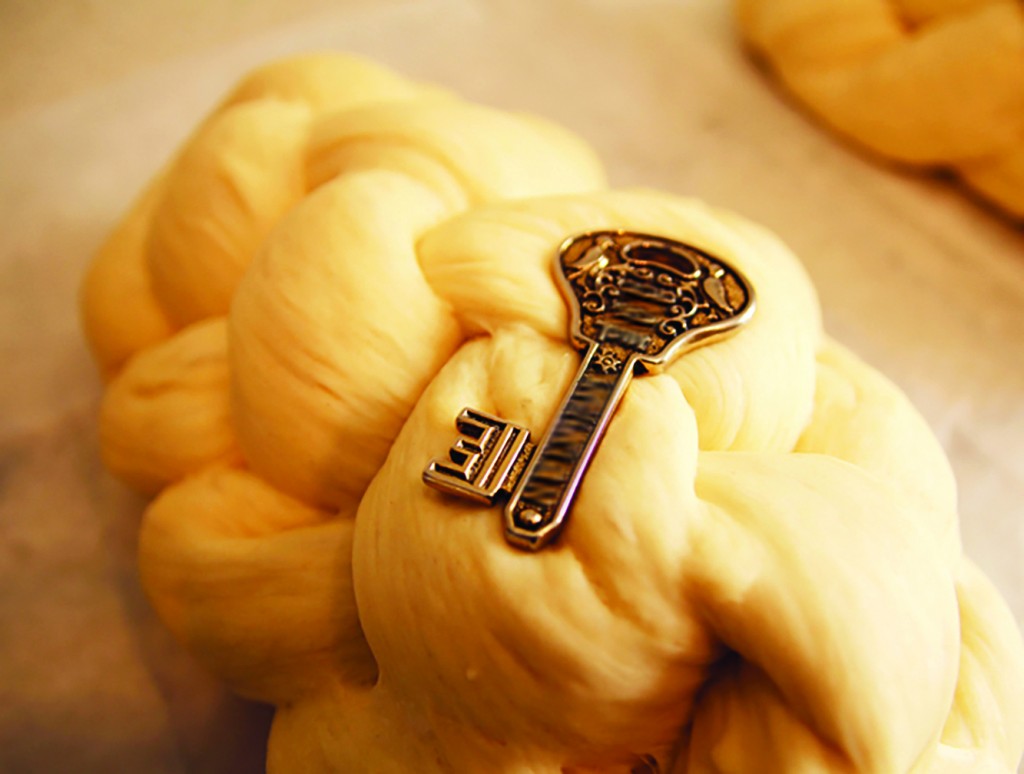 Growing up in Crown Heights, I never heard of baking a key into a challah; nor did my wife, who grew up in the Bronx, hear of this custom. In Hakadosh Baruch Hu’s marvelous way of exposing Jews to the cultures of others, we were zocheh to a daughter-in-law who was trained to bake a key into the challah on the Shabbos after Pesach and call it “a schlissel challah.”

As soon as I heard about it, I ran immediately for the sefer Ta’amei Haminhagim compiled by Harav Avrohom Yitzchok Sperling of Lvov to see the basis of this minhag. This sefer, considered the “gold standard” for understanding the whys behind minhagim, actually says about this minhag that “a custom established by our forefathers is definitely a part of the Torah.”

He quotes the Ohev Yisroel, who provides two reasons for this custom. The first is that on Pesach all the gates of the Heavens were open to us, while now they have all been closed. On the Shabbos after Pesach, however, we can open a small door with our tefillos — our key, and beseech Hakadosh Baruch Hu that just as we have opened a small door through the zechus of Shabbos, He should open His large storage bins and provide us with sustenance as He opened the gates of the manna during the month of Iyar.

The second reason gives us an altogether different perspective of our roles. For 40 years we travelled in the desert and were provided with food from the sky. No effort was needed to earn our livelihood, nor did we have to involve anyone else in our pursuit of parnassah. We knew that our sustenance was a daily gift from Hakadosh Baruch Hu and only from Hakadosh Baruch Hu. That stopped 40 years later after Pesach.

We entered Eretz Yisrael and began eating from the produce of the land. There were two differences. First of all, we were working ourselves and could possibly fall victim to the erroneous thought process of attributing our success to our own skills. Secondly, for the first time we needed the help of others. We needed to interact with workers and customers and suppliers. We had to rely on and interact with others. No longer would we walk out of our house and find everything that we needed lying before us in double-wrapped packages.

For me there is a double lesson. On the one hand, we put a key into the challah to remind us that our parnassah still comes from the “shaar haparnassah” that must be opened by Hakadosh Baruch Hu. We must realize that our parnassah still comes from Hakadosh Baruch Hu although it sometimes isn’t as clear to us. The other lesson is that we all need each other.

That is why I am so impressed with a project in Eretz Yisrael called the “Jerusalem Hub.” Started by Temech, they have created a social community where women who would like to support their families through entrepreneurship can work in a common space, share their experiences, get and give mentoring and network effectively in a Torahdig atmosphere.

Just last week Mrs. N. A., the mother of a large family and now the owner of a growing business, described how a year ago she arrived at the Hub knowing that she had to use her talents to help the parnassah in the family. She had taken courses in therapy and had artistic talents but did not know how to translate that into helping to support her family. By joining the Hub she was able, at subsidized cost, to try to develop a “puppet therapy” program which proved to be very effective with children.

The contacts that she met at the Hub opened vistas to her which allowed her to now leave the Hub and supervise five employees in a thriving business which helps people’s lives while providing parnassah for her family. It was her co-participants at the Hub, together with some visionaries like Avi Schron and Mr. and Mrs. Mendy Klein, who saw to it that a project like this could exist.

We no longer live in a desert and get manna from Heaven. Each one of us must find the key to his own parnassah while at the same time realizing that our success is dependent on the doors that we open for each other and ultimately still on the doors that Hakadosh Baruch Hu opens for us. That is lots to remember when we eat the “schlissel challah,” but well worth the lesson.