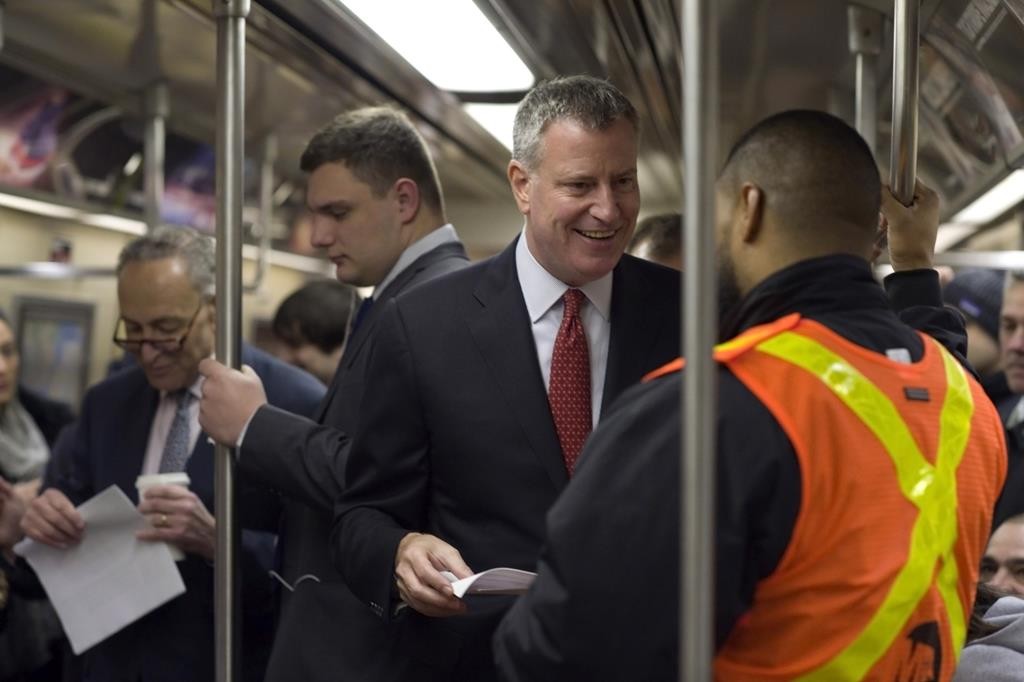 It may not have resounded like the panic after Orson Welles’ 1938 fictional radio news broadcast of an alien invasion, but the New York Post’s report that Mayor Bill de Blasio was preparing a presidential campaign got noticed.

New York Magazine followed with a story of its own, headlined “Report: Delusional Mayor de Blasio Plots 2016 Presidential Bid.” A #DraftDeBlasio hashtag sprang up on Twitter, with a @DraftdeBlasio Twitter feed immediately drawing 200 followers, dozens of them journalists.

The Post’s Albany correspondent, Fred Dicker, based his April 20 column on an unnamed “national party operative.” No matter how much de Blasio denies it, Dicker wrote, “he’s positioning himself to be the leftist ‘progressive’ alternative to Wall Street-friendly Hillary Rodham Clinton.”

De Blasio, 53, is the first Democrat in 20 years to run the largest U.S. city. He and his team say he just wants to be a national spokesman for progressive policies: taxing the rich to finance improved education and infrastructure, and increasing wages and benefits for the poor and middle class. He visited Des Moines, Iowa, last week to deliver that message, saying income inequality is the defining issue of our time.

“There is no boomlet,” said Phil Walzak, a senior adviser to de Blasio.

On April 2, de Blasio denied any national ambitions after hosting a meeting of like-minded activists and politicians at Gracie Mansion, his official Manhattan residence.

While in Iowa on April 17, reporters asked de Blasio three times whether he had national ambitions for 2016, or even 2020.

De Blasio’s response: “I have one ambition. I’m running for election as mayor of New York City in 2017.”

Dicker said in an interview that he never reported that de Blasio is running for president, merely that “he’s positioning himself to run for president and represent the left wing of the party.” He described his source as “a first-class operative” who is “involved in the presidential scene.” He declined to provide more specifics.

Dicker’s assertion came in the aftermath of an April 12 appearance on NBC’s “Meet the Press” in which de Blasio declined to endorse Clinton’s presidential candidacy, preferring to wait until he’s satisfied that she supports policies consistent with his progressive agenda.

“We are seeing a media mini-frenzy,” said George Arzt, a Democratic political consultant and former New York Post City Hall bureau chief who hired Dicker as a cub reporter decades ago. De Blasio’s “political roots and connections with the Clintons make his endorsement of Hillary inevitable,” he said.

“This is a fantasy of some reporters, a media boomlet that will evaporate in time.”