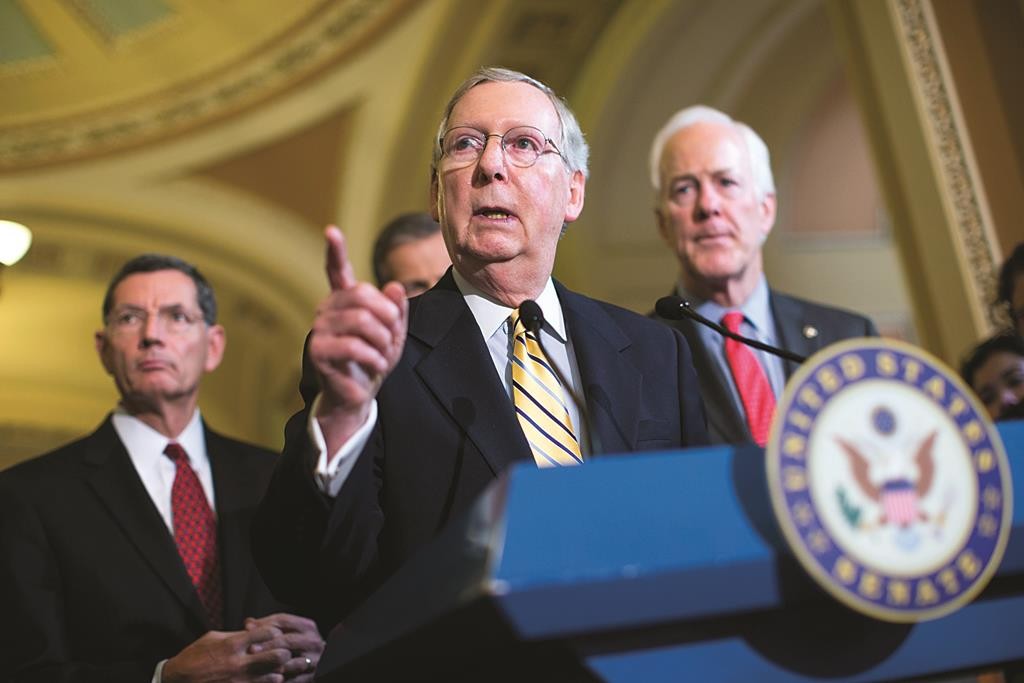 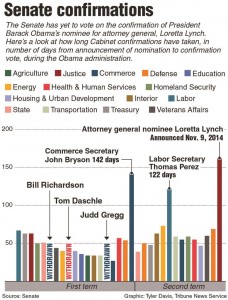 President Barack Obama’s long-stalled nominee for attorney general, federal prosecutor Loretta Lynch, is on her way to a confirmation vote after senators extricated themselves Tuesday from a partisan dispute that had stood in her way. An agreement announced by Senate leaders allowed both Republicans and Democrats to save face on a once-uncontroversial bill to help trafficking victims.

Although that issue was not connected to Lynch, Senate Republican leader Mitch McConnell had been holding off her nomination vote until the trafficking issue was resolved.

The long delay since Lynch was nominated last fall has provoked increasingly agitated protests from Democrats and Obama, who last week called the situation “embarrassing,” even though Democrats had controlled the Senate for part of that time and had failed to bring her up for a vote.

Lynch, who would become the nation’s first black female attorney general, replacing Eric Holder, is now the U.S. attorney for the Eastern District of New York. She has been waiting 164 days for a vote, far longer than most other recent attorney general nominees.

“I said from the beginning to the end that we’d take up the attorney general nominee just as soon as we finished trafficking,” McConnell told reporters Tuesday in defending his approach. “I’m happy with where we are. We needed to finish the trafficking bill. It was an important bill.”

“Let’s get out of this quickly,” said Democratic leader Harry Reid of Nevada. “Let’s get Loretta Lynch confirmed.”

A vote on final passage of the trafficking bill was expected as early as Wednesday, and the vote on Lynch could come as early as Thursday, though timing was still being worked out.

She is expected to win confirmation with at least five Republicans supporting her. Although her record is widely praised, a number of Republicans have said they can’t support her because of her backing for Obama’s executive moves on immigration.