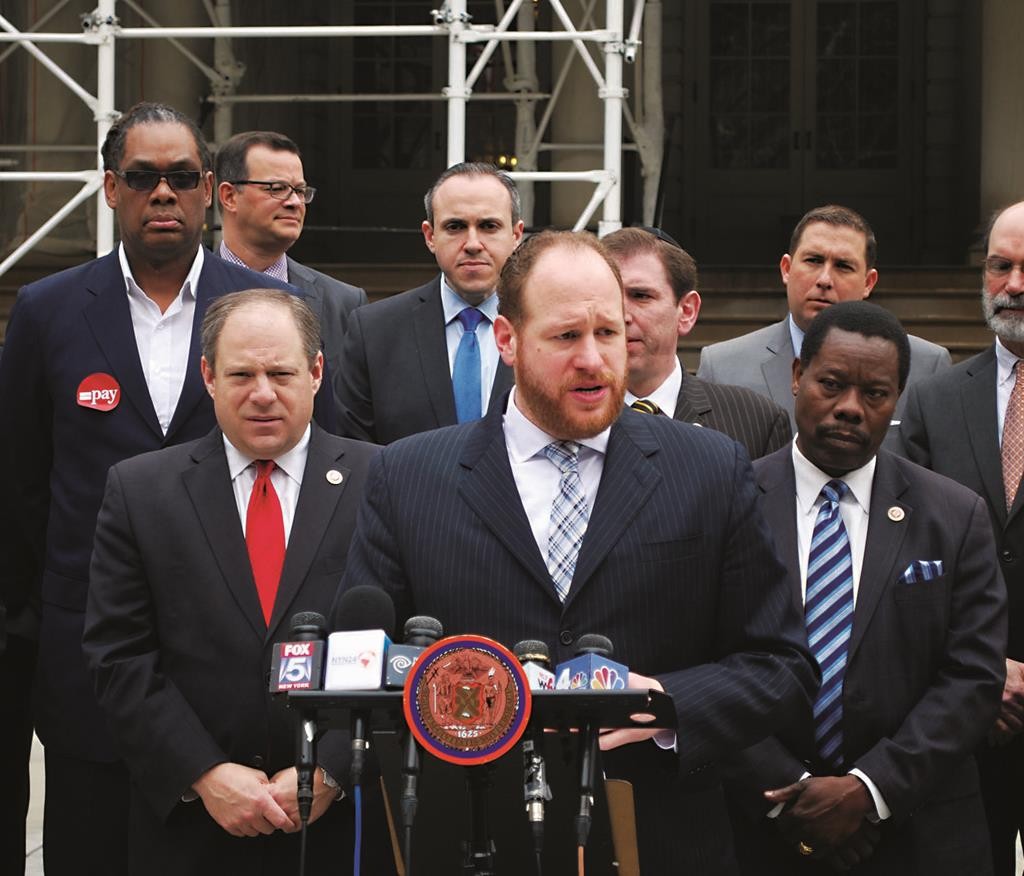 A trio of seven-hour hearings was held last week in the City Council on a bill providing a school public safety agent to any school, public or private, that asks for one.

Despite the fact that more Council members support Greenfield’s legislation than any other legislation, there are still a few Council members who oppose it and who are actively pushing back against the law that would provide yeshivos with much needed security.

“The question that we have here today is,” Greenfield said in response, “of the $2 billion more that we will spend in this year’s budget, whether we should spend a few million to protect 250,000 school children who are currently not protected. In fact, the reason that we have extra money in our city budget is because of the $4.5 billion in savings that these children in non-public schools provide to the city by not attending public schools. So the question is simple: Do we want all of our children to be safe or not?”

The hearings came hours after Greenfield and his colleagues from the City Council held a school safety rally together with key Jewish, Catholic and Muslim community leaders, alongside heads of yeshivos, parochial schools and private schools, to press the city to provide security for non-public schools.

The legislation addresses the most basic need of all students attending school in New York City — a safe learning environment — and puts yeshivos on an equal footing with public schools who already have these school safety agents in place.

“All of New York’s children deserve to be safe and protected when they go to school. We cannot afford to play politics with our children’s safety. It’s common knowledge that our yeshivas are targets for terrorists and other twisted individuals. That is why we must pass this law immediately — to ensure the safety of our children,” said Greenfield.

Introduction 65 has received a super majority of the Council: 46 of 51 members have signed on. The bill received additional support from the Orthodox Union, Agudath Israel of America, the Catholic Community Relations Council, the Diocese of Brooklyn and Queens, the Archdiocese of New York, the Muslim Community Network, the Islamic Schools Association of New York, and the NYS Association of Independent Schools.

Although school safety agents are unarmed, they are trained by and work for the NYPD in full uniform and are equipped with police radios that give them a direct link to the NYPD. Like the NYPD, their main purpose is to prevent unauthorized people from entering the school building.