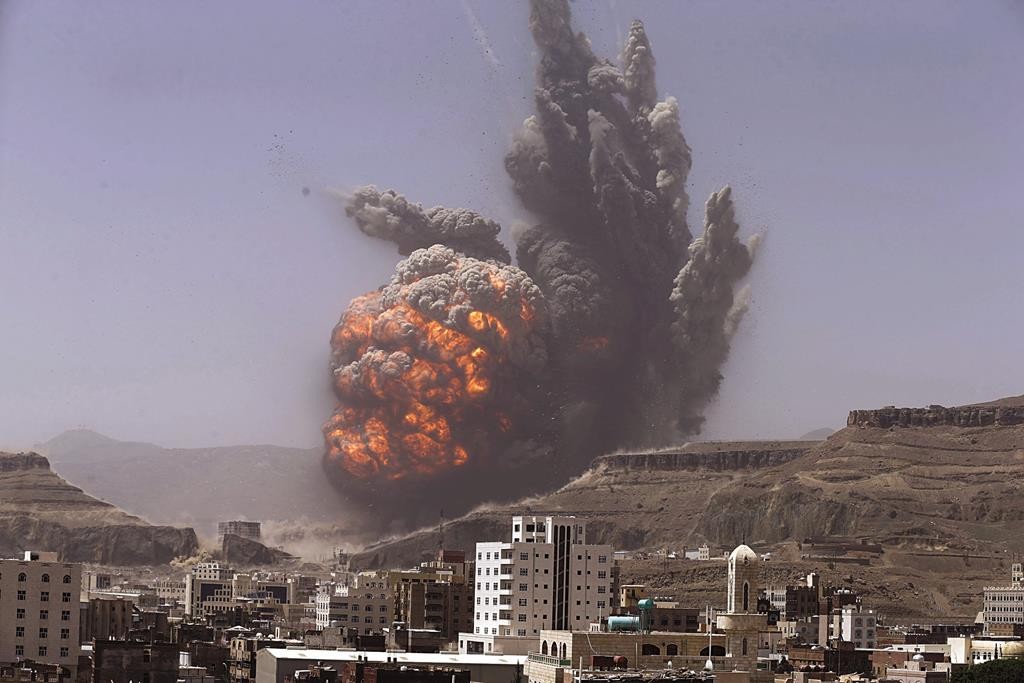 In a stepped-up response to Iranian backing of Shiite rebels in Yemen, the Navy aircraft carrier, USS Theodore Roosevelt, is steaming toward the waters off Yemen to beef up security and join other American ships that are prepared to intercept any Iranian vessels carrying weapons to the Houthi rebels.

The deployment comes after a U.N. Security Council resolution approved last week imposed an arms embargo on the Iranian-backed Shiite Houthi rebels. The resolution passed in a 14-0 vote with Russia abstaining.

Navy officials said Monday that the Roosevelt was moving through the Arabian Sea. A massive ship that carries F/A-18 fighter jets, the Roosevelt is seen more of a deterrent and show of force in the region.

The U.S. Navy has been beefing up its presence in the Gulf of Aden and the southern Arabian Sea in response to reports that a convoy of about eight Iranian ships is heading toward Yemen and possibly carrying arms for the Houthis. Navy officials said there are about nine U.S. warships in the region, including cruisers and destroyers carrying teams that can board and search other vessels.

Meanwile, an air strike on a Scud missile base in the Houthi-controlled Yemeni capital Sanaa triggered a big explosion that killed 25 people and wounded almost 400 on Monday, state news agency Saba said.

Saudi Arabia and several of its allies, mainly Gulf Arab countries, have been trying to drive back the rebels, who seized the capital of Sanaa in September and have overrun many other northern provinces with the help of security forces loyal to former President Ali Abdullah Saleh. The U.S. supports the Saudi campaign.

The expanded U.S. Navy activity in the region comes at a sensitive time, as the U.S. and six world powers have reached a framework deal with Iran to control its nuclear program. Since the preliminary deal with reached on April 2, Iran and the U.S. have been disputing the details of the deal. And on Monday, a lawyer for Tehran-based Washington Post reporter Jason Rezaian said Tehran had charged Rezaian with espionage and three other crimes. The Obama administration dismisses the charges as “absurd.”