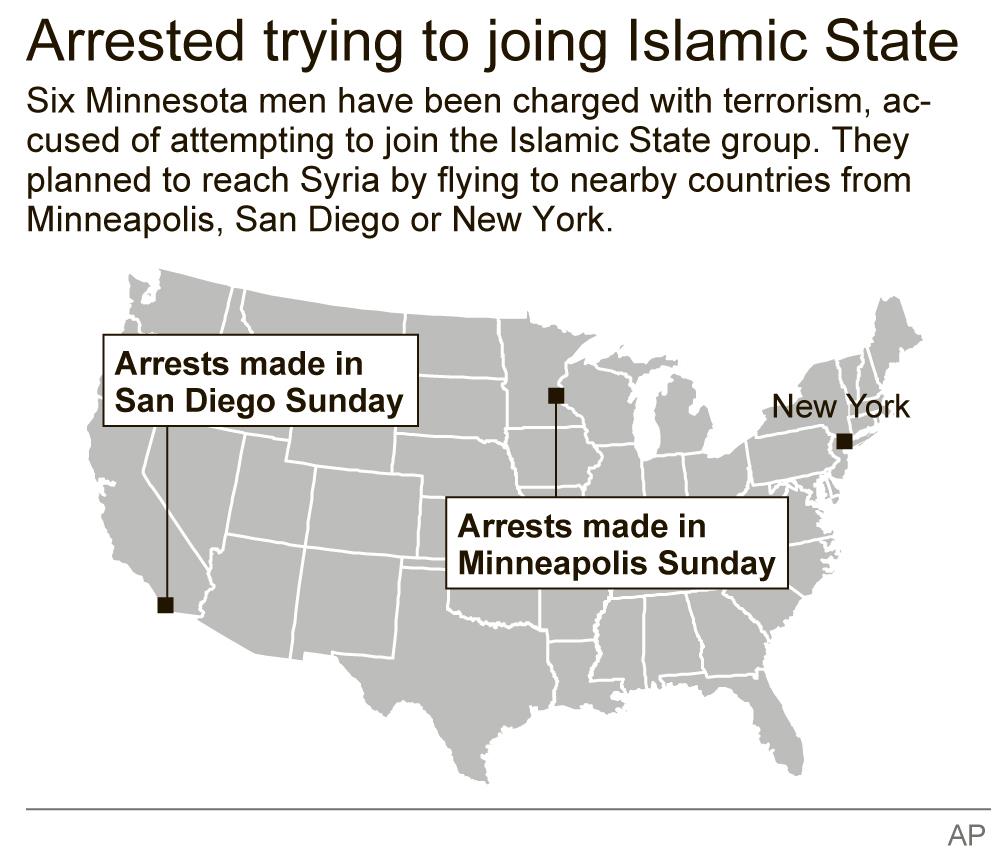 Six Minnesota men have been charged with terrorism in a criminal complaint unsealed Monday, the latest Westerners accused of traveling or attempting to travel to Syria to join the Islamic State group.

The six, whom authorities described as friends who met secretly to plan their travels, are accused of conspiracy to provide material support and attempting to provide material support to a foreign terrorist organization. The complaint says the men planned to reach Syria by flying to nearby countries from Minneapolis, San Diego or New York City, and lied to federal investigators when they were stopped.

“These were focused men who were intent on joining a terrorist organization,” Minnesota U.S. Attorney Andy Luger said at a news conference Monday.

The six were arrested Sunday in Minneapolis and San Diego.

They are the latest people from Minnesota to be charged in an investigation stretching back months into the recruitment of Westerners by IS. Authorities said earlier that a handful of Minnesota residents have traveled to Syria to fight with rebels in the past year, and at least one has died.

The Minneapolis area is home to the largest concentration of Somali immigrants in the U.S. Since 2007, more than 22 young Somali men have also traveled from Minnesota to Somalia to join the terrorist group al-Shabab.