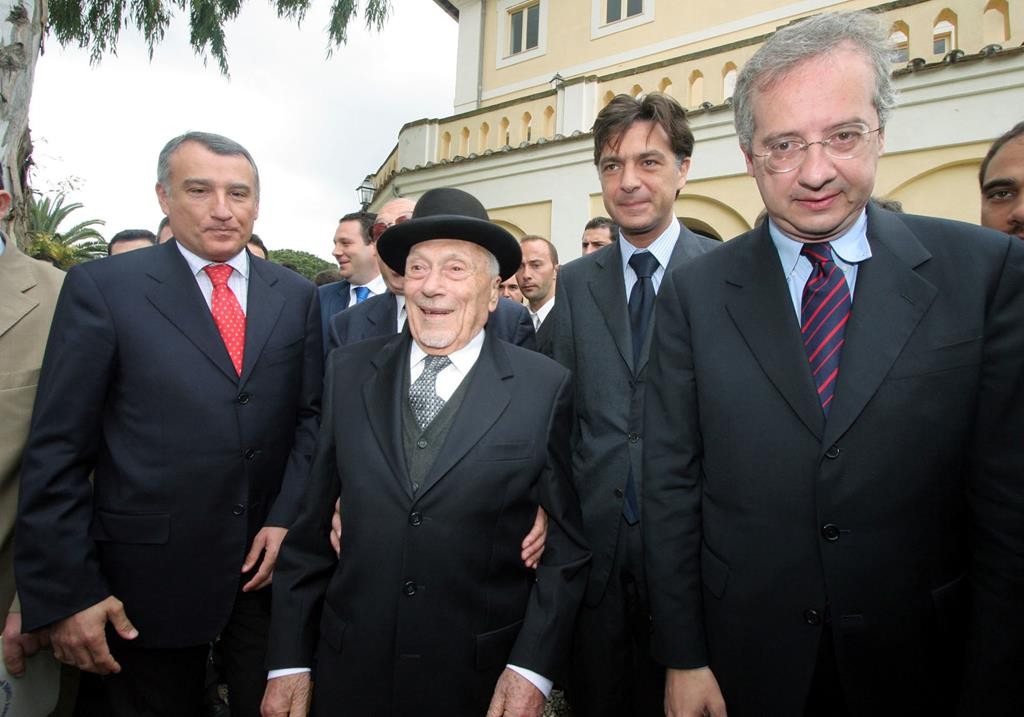 Rabbi Elio Toaff, the longtime Chief Rabbi of Rome, most widely known for his role in opening dialogue between the Jewish community and the Vatican, died at age 99.

Rabbi Toaff died Sunday, the Jewish community announced, and Rome’s main synagogue immediately opened its doors for those wishing to pay their respects.

“Rabbi Toaff, as a Roman Jew, understood very well the reality of 2000 years of persecution at the hands of the Church and was not taken in by overtures that were little more than PR,” Dr. Israel Singer, former secretary general of the World Jewish Congress and professor of political science at Touro College, told Hamodia. “However, he also understood what could be accomplished through dialogue in the realities of the 20th century and welcomed it cautiously.”

Rabbi Toaff welcomed Pope John Paul II on the first-ever papal visit to a synagogue in 1986.

His willingness to engage in dialogue made him a partner in the Vatican’s efforts to reconcile centuries of persecution against Jews and the fermenting of anti-Semitism.

Born in 1915 to the Chief Rabbi of the Tuscan town of Livorno, Rabbi Toaff followed in his father’s steps after earning degrees in law and Jewish studies, and at 26 was called to lead the community in the central town of Ancona.

Following the 1943 German invasion of Italy, which saw thousands of Italian Jews deported and killed, he joined a resistance group that fought in the mountains of central Italy and worked to hide Jews and other victims of persecution.

Dr. Singer said that he had heard Rabbi Toaff personally recount the story of his being forced by the Nazis to dig his own grave, and of his subsequent escape.

After the war, he led Venice’s Jews from 1946, and in 1951 became Chief Rabbi of Rome, helping revitalize a community still reeling from the loss of more than 2,000 people sent to Nazi death camps.

While marked by the steady improvement of relations with Catholics, Rabbi Toaff’s tenure also had its moments of sorrow, including a periodic resurgence of anti-Semitic sentiment and the 1982 attack by Arab extremists that killed a 2-year-old boy and wounded 36 people among worshippers leaving the main synagogue.

Widely known across Italy as a respected intellectual, Rabbi Toaff published books on Jewish culture and in 2005 he was proposed by some politicians as a candidate to become a senator-for-life in parliament.

Rabbi Toaff was deeply loved within his own community and many wept openly when, at 86, he told the congregation gathered at the main synagogue that “you need a younger Rabbi.”

“He was a Rabbi of great personality, a very lively man,” the late Tullia Zevi, a former head of Rome’s Jewish community, said upon Rabbi Toaff’s retirement. “He had the gift of always finding the right word for the right occasion.”

Rabbi Toaff was widowed and leaves three sons and a daughter.