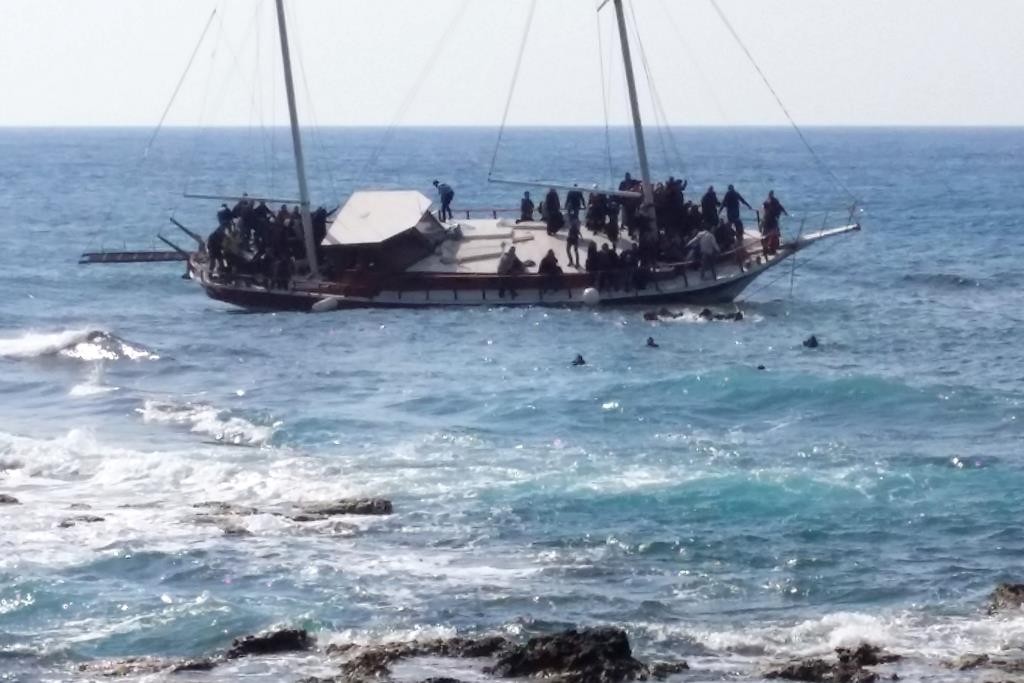 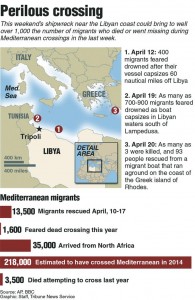 The European Union proposed doubling the size of its Mediterranean search-and-rescue operations on Monday, as the first bodies were brought ashore of some 900 people feared killed in the deadliest shipwreck while trying to reach Europe.

Three other rescue operations were underway on Monday to save hundreds more migrants in peril on overloaded vessels making the journey from the north coast of Africa to Europe.

The mass deaths have caused shock in Europe, where a decision to scale back naval operations last year seems to have increased the risks for migrants without reducing their numbers.

“The situation in the Mediterranean is dramatic. It cannot continue like this,” said European Council President Donald Tusk, calling an extraordinary summit of EU leaders for Thursday to plan how to stop human traffickers and boost rescue efforts.

Malta’s Prime Minister Joseph Muscat said as many as 900 people may have died in Sunday’s disaster off the coast of Libya when a large boat capsized. That is the highest death toll in modern times among migrants, who are trafficked in the tens of thousands in rickety vessels across the Mediterranean.

In Vienna, more than 3,000 people including President Heinz Fischer gathered at a memorial service for the dead. The demonstrators put candles on an inflatable raft in their memory.

EU ministers held a moment of silence at a meeting to discuss the crisis in Luxembourg. The bloc’s executive, the European Commission, presented a 10 point plan to address the crisis, which would include doubling the size and the funding of “Triton”, an EU naval operation in the Mediterranean.

But even that would leave the operation smaller and less well-funded than an Italian mission abandoned last year due to costs and domestic opposition to sea rescues that could attract more migrants.

Italy and Malta were working to rescue another two migrant boats with around 400 people off the coast of Libya on Monday. Hundreds of miles to the east, coast guards were struggling to save scores of migrants from another vessel destroyed after running aground off the Greek island of Rhodes.

European officials are struggling to come up with a policy to respond more humanely to an exodus of migrants traveling by sea from Africa and Asia to Europe, without worsening the crisis by encouraging more to leave.

“Search and rescue alone is not a silver bullet,” said German Interior Minister Thomas de Maiziere. “If you just organize search and rescue, criminals who get the refugees on board will send more boats.”