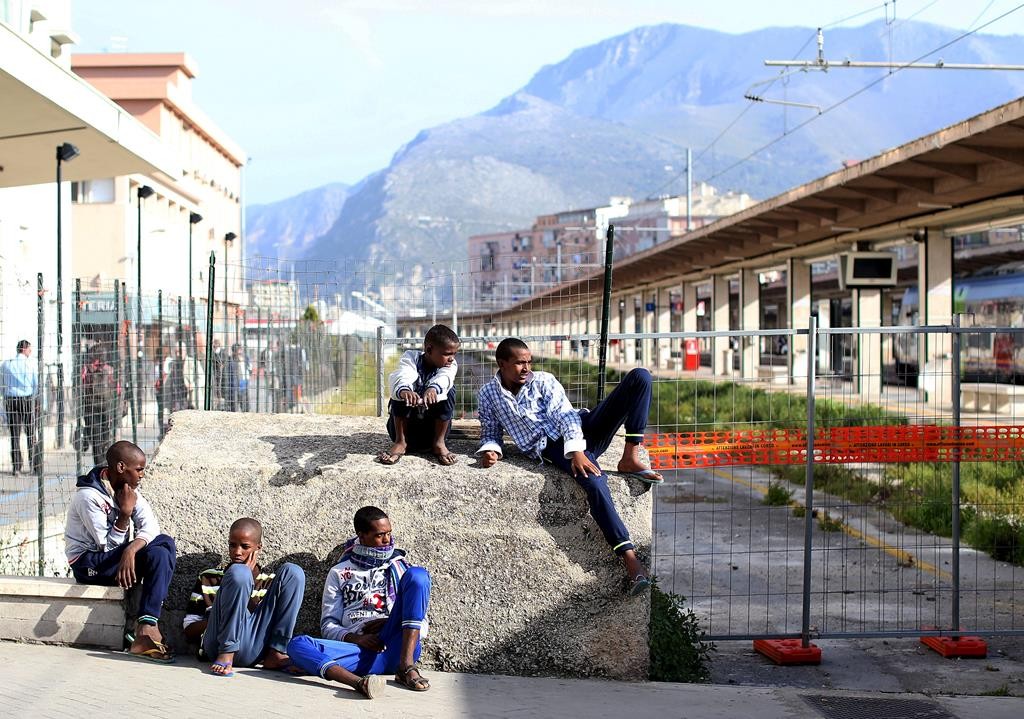 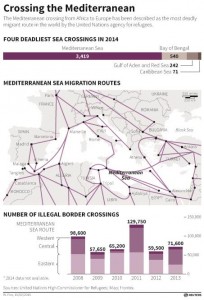 As many as 950 migrants were feared dead on Sunday after their boat capsized in the Mediterranean, raising pressure on Europe to face down anti-immigrant bias and find money for support as turmoil in Libya and the Middle East worsens the crisis.

If the death toll is confirmed, it will bring to 1,700 the total number of people who died this year seeking to reach Europe — a swelling exodus that prompted Europe to downsize its seek and rescue border protection program in a bid to deter them. International aid groups strongly criticized the decision.

Meanwhile Italian and foreign ships and helicopters worked into the night to find possible survivors. So far 28 people have been rescued and 24 bodies recovered, Italian authorities said.

The 20 meter-long vessel sank 70 miles from the Libyan coast, south of the southern Italian island of Lampedusa, as a large merchant ship approached it.

French President Francois Hollande said the EU had to do more, saying that rescue and disaster prevention efforts needed “more boats, more over flights and a much more intense battle against people trafficking.”

Aid groups have called for the opening of a “humanitarian corridor” to ensure the safety of the migrants but in Italy there were also calls to stop the boats from leaving and even to destroy them.

The leader of the anti-immigrant Northern League party, Matteo Salvini, called for an immediate naval blockade of the coast of Libya while Daniela Santanche, a prominent member of Silvio Berlusconi’s Forza Italia party, said Italy’s navy must “sink all the boats.”

Libya’s lawless state, following the toppling of former leader Muammar Gadhafi in 2011, has left criminal gangs of migrant smugglers free to send a stream of boats carrying desperate migrants from Africa and the Middle East.

Around 20,000 migrants have reached the Italian coast this year, the International Organization for Migration (IOM) estimates. That is fewer than in the first four months of last year, but the number of deaths has risen almost nine-fold.

Last week, around 400 migrants were reported to have died attempting to reach Italy from Libya when their boat capsized.

“A tragedy is unfolding in the Mediterranean, and if the EU and the world continue to close their eyes, it will be judged in the harshest terms as it was judged in the past when it closed its eyes to genocides when the comfortable did nothing,” Maltese Prime Minister Joseph Muscat said.