National Almonds Get Roasted In Debate Over California Water Use
National 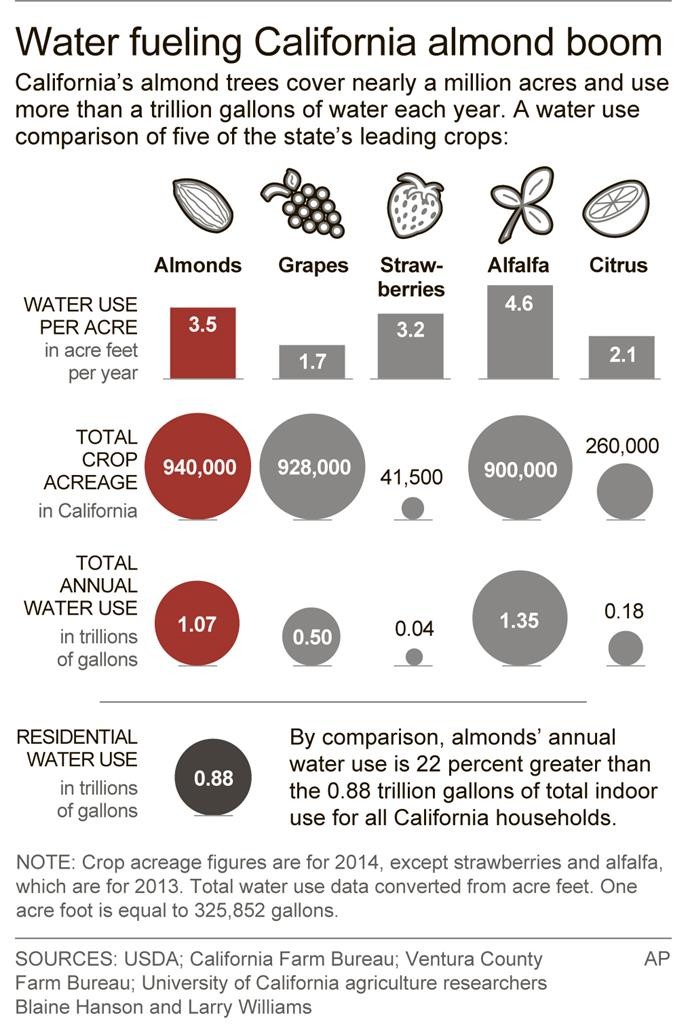 California almonds are becoming one of the world’s favorite snacks and creating a multibillion-dollar bonanza for agricultural investors. But the crop extracts a staggering price from the land, consuming more water than all the showering, dish-washing and other indoor household water use of California’s 39 million people.

As California enters its fourth year of drought and imposes the first mandatory statewide water cutbacks on cities and towns, the $6.5 billion almond crop is helping drive a sharp debate about water use, agricultural interests and how both affect the state’s giant economy.

People around the world are eating over 1,000 percent more California almonds than they did just a decade ago, and last year almonds became the top export crop in the nation’s top agriculture state. China’s booming middle class is driving much of the demand.

Rows of almond trees now cover nearly 1 million acres in California, many of them on previously virgin hillsides or in pastures or desert with little rain or local water. Since each tiny nut requires a gallon of water, almonds are consuming 1.07 trillion gallons annually in the state, one-fifth more than California families use indoors.

So when Gov. Jerry Brown ordered cities and towns this month to cut their water consumption by 25 percent but exempted farms, almonds got toasted in the public heat that followed.

Now almond farmers and investors are on the defensive.

“The tomato growers use a lot more water than we do. You should go after those guys,” said Ryon Paton, a global real-estate developer and principal of Trinitas Partners.

Any talk of curbing almond growing by big investment firms “really just gets to be kind of un-American,” said Paul Wenger, the head of the state Farm Bureau.