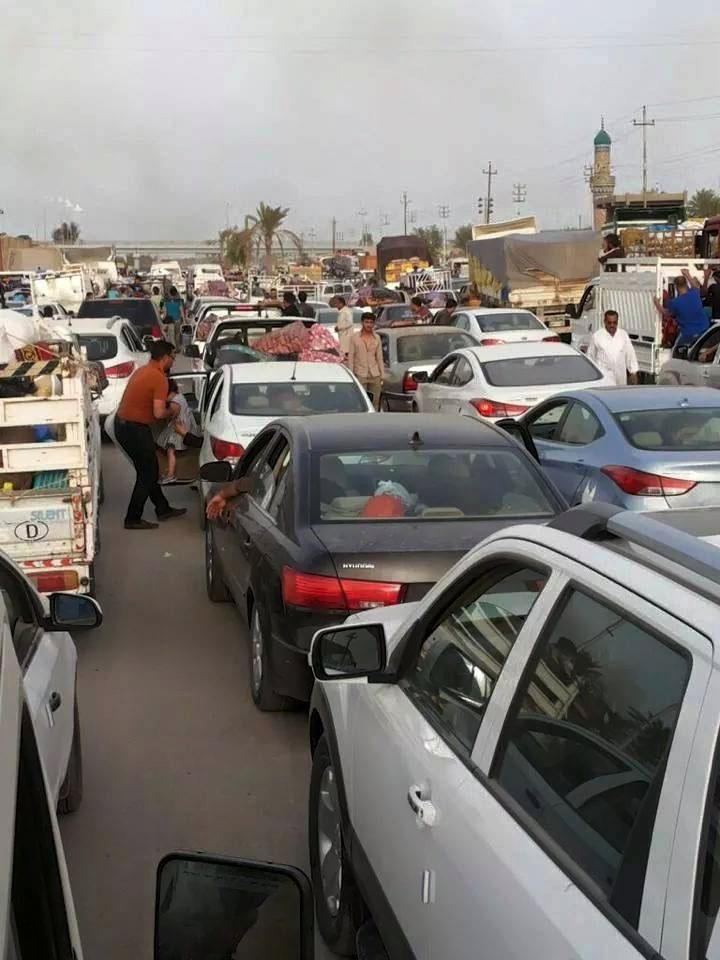 More than 2,000 families have fled the Iraqi city of Ramadi with little more than the clothes on their backs, officials said Thursday, as the Islamic State group closed in on the capital of western Anbar province, clashing with Iraqi troops and turning it into a ghost town.

The terrorist group, which has controlled the nearby city of Fallujah for more than a year, captured three villages on Ramadi’s eastern outskirts on Wednesday. The advance is widely seen as a counteroffensive after the Islamic State group lost the city of Tikrit, Saddam Hussein’s hometown, earlier this month.

Hundreds of U.S. troops are training Iraqi forces at a military base west of Ramadi, but a U.S. military official said the fighting had no impact on the U.S. soldiers there, and that there were no plans to withdraw them.