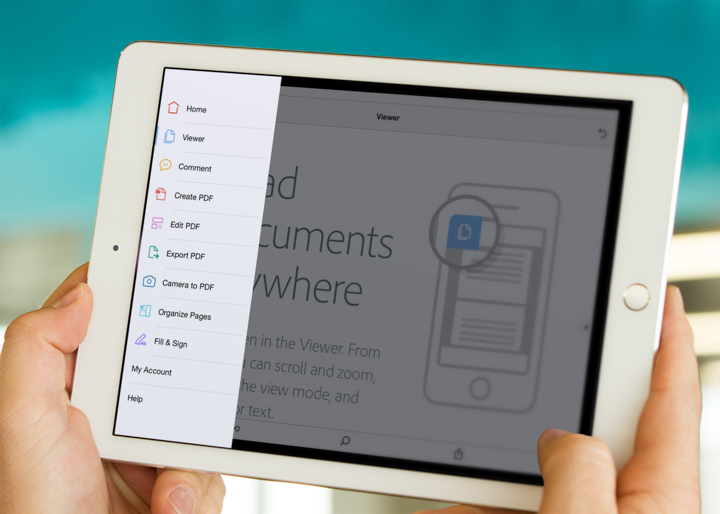 No doubt you’ve run across your share of PDF documents in your work and personal life. Adobe’s Portable Document Format has become a common way to publish newsletters, instruction manuals and even tax forms. Creating your own PDF document is easy, with features built into major web browsers and Apple’s Mac system, or available through an array of free Windows apps.

So why pay $156 or more a year for Adobe’s Acrobat DC service? You get those free capabilities in one place, plus features for filling out forms, appending digital signatures and making changes on the go.

Many people already use Adobe’s free Acrobat Reader for reading documents. But to create documents, you need to pay for Acrobat, or use a free PDF creator from an outside party. Not all PDF creators are the same, though. Some convert text to graphics, for instance, so you’re unable to search documents later. And editing capabilities tend to be limited and cumbersome.

I create a lot of PDF files instead of printing out records. Free tools are typically adequate for that, but Acrobat is much easier for rotating and reordering pages and combining multiple PDF documents into a single file. Acrobat also makes it easy to edit text and convert documents back to their original form, whether that’s in Word or a web page.

Adobe Systems Inc. also makes an iPad version, though with fewer features. Versions for iPhones, Android and Windows Phone devices have even less. Files you create and edit will sync through Adobe’s Document Cloud storage service. All this comes with Acrobat DC.

My favorite tool is the Fill & Sign app for iPads and Android tablets. Take any form, such as a school permission slip for your kid. You simply snap the form with your tablet’s camera and enhance the image using technology Adobe borrowed from its Photoshop editing software. You can do more than standard cropping. Let’s say you snapped the form on your lap, so the page is curved rather than flat. On the app, you mark where the corners are, and the document magically stretches out so that it looks flat, as though scanned in. Then, you can type text, check boxes and even add your signature.

This can be useful for all the forms I hate filling out and mailing. And for forms that come in electronically, I can skip the printer.

But going paperless isn’t easy. I’m months late in mailing a housing form because I couldn’t find a stamp. Fill & Sign would be great, but there’s no place I could email that form to, nor would a parent necessarily know where to email a permission slip that’s designed to be handed in.

Plus, you can get this app for free. All the subscription does is integrate the feature with others in the package.

For small-business owners and others who deal with contracts, Adobe offers tools for sending out forms for signing – even to those who don’t have Acrobat. Signers can draw signatures with their mouse or type their names in a signature-like font (It’s not your actual signature, but Adobe says it’s legally binding). Tools help you track who’s already signed which documents. This also leaves a legal audit trail.

Speaking of tracking, another feature keeps track of who’s read or downloaded your document. Your recipients can no longer pretend they didn’t get it. Recipients can’t decline the tracking, which feels creepy, though they are notified if you opt for detailed tracking.

The standard subscription starts at $13 a month, with a one-year commitment. A Pro subscription, at $15 a month, gives you additional features, including the ability to compare two versions of a document. If you just want it for a month, though, the subscriptions cost $23 and $25, respectively. You can also buy the Mac or Windows version the traditional way, for a one-time fee that starts at $299 ($139 for upgrades), but you don’t get all of the mobile, storage or tracking features. With the subscription, you can sign in on two PCs at a time, with no limits yet on mobile.

Acrobat DC does a lot, but the price tag will limit its appeal to small businesses and households with lots of forms to fill and sign.