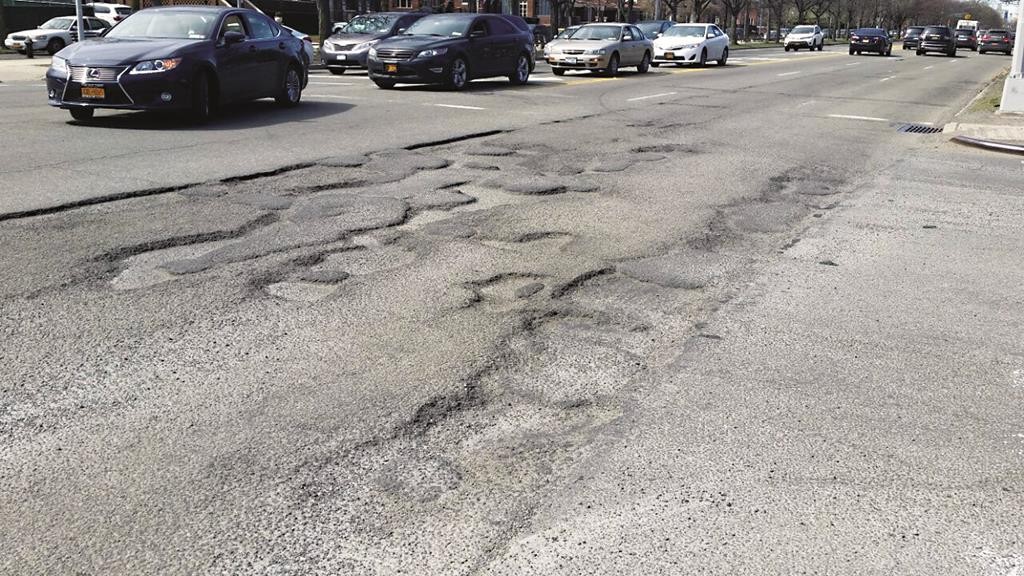 It is several weeks since the last snow fell on southern Brooklyn, but the inevitable potholes have yet to be filled on its major artery, a Brooklyn lawmaker charged.

Assemblyman Dov Hikind said he “wonders” why the city’s Transportation Department forgot to fix Ocean Parkway, a six-lane thoroughfare running through the neighborhoods.

“It’s like a mine field,” said Hikind, adding that his office has received complaints from residents about seriously dangerous conditions on Ocean Parkway. “We’re looking at a potentially disastrous situation out there. These potholes are causing drivers to suddenly move over into adjoining lanes to avoid the potholes, creating the likelihood of accidents.